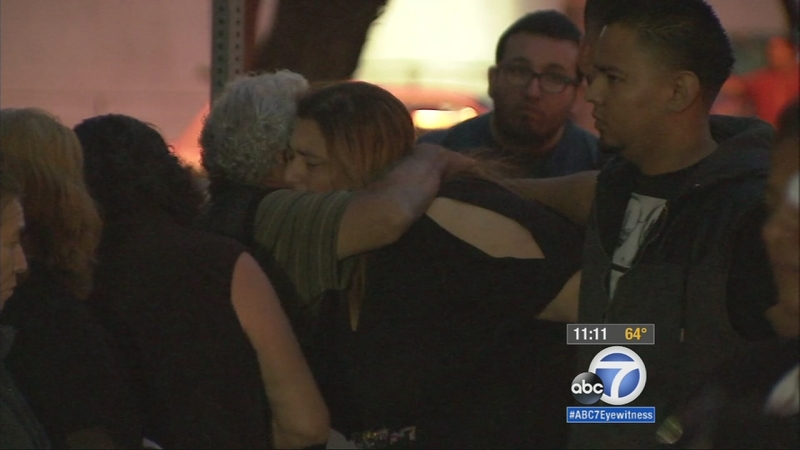 The vigil began at about 7:30 p.m. on Third and Main streets in front of the church where Salome Rodriguez Jr. was shot last Friday.

"He was too young for this to happen," Rodriguez's sister Anamarie Rodriguez said.

Family and friends said he was a humble and kind man.

Investigators believe LAPD rookie Henry Solis pulled the trigger. He has been on the run since the shooting and police have issued a warrant for his arrest.

On Tuesday, LAPD Chief Charlie Beck fired Solis, calling him a dishonor to the organization.

Attorney Gloria Allred, who is representing the victim's family, says Beck needs to close the case.

"Find Henry Solis. He was your police officer. Whether he did this off-duty or on-duty, you need to bring him in," Allred said.

Mother Lidia Rodriguez was overwhelmed Wednesday by the show of support.

"All I want is for him to turn himself in so there can be justice," she said.