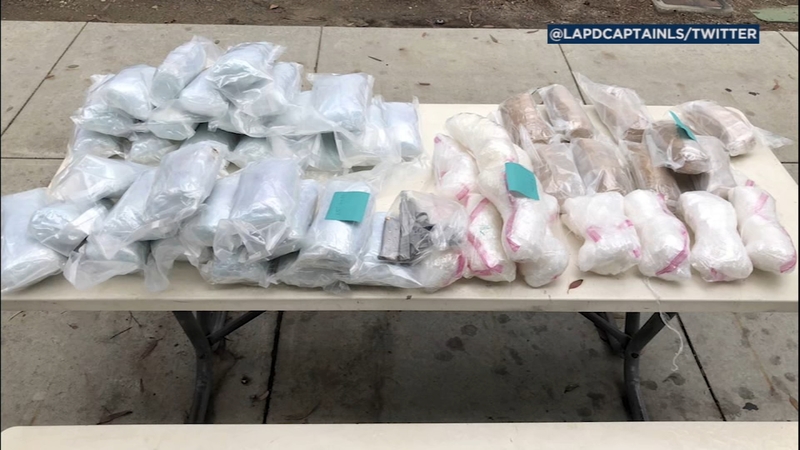 SOUTH LOS ANGELES (KABC) -- About $1 million worth of crystal meth was taken off the streets of South Los Angeles, thanks to an early Sunday morning bust.

Los Angeles Police Department officers arrested a pair of drug traffickers in South LA and seized their cargo: more than 100 pounds of methamphetamine.

Southwest narcotics officers surprised drug traffickers when they interrupted the transportation of over 100lbs of Crystal Meth with a street value of approximately $1Million dollars, earmarked for our streets. Two suspects arrested and a loaded firearm was recovered.@LAPDHQ pic.twitter.com/Q3GORkNs7l