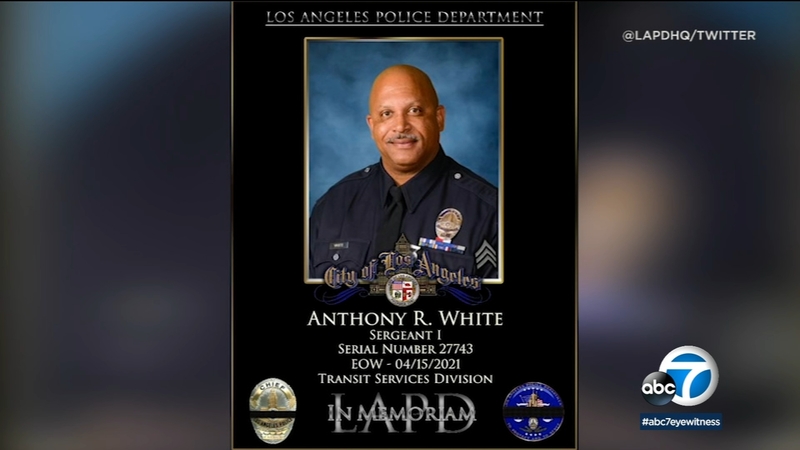 LOS ANGELES (CNS) -- The Los Angeles Police Department announced Friday that a 31-year-veteran of the force died of COVID-19 complications, becoming the department's seventh sworn employee to die of the virus.

Sgt. Anthony White, who had worked for the LAPD since 1990, died on Thursday at the age of 54. His most recent assignment was at the Transit Services Division. Before that, he worked at the Hollenbeck, Southwest, Internal Affairs and Transit Services divisions, according to the Los Angeles Police Protective League's Dustin DeRollo.

He leaves behind a wife, two teenage children, his parents and two sisters, DeRollo said.

"Our deepest condolences to his friends and loved ones in this most difficult time," the LAPD said in a Twitter post.

The Los Angeles Police Protective League also mourned White's death in a Twitter posting, which read: "He protected our city for over 30 years. Our prayers are with Sgt. White's family, friends and co-workers during their time of sadness."

The department had previously lost six sworn and two civilian employees to the virus since the start of the pandemic, a number that had gone unchanged since February.

A total of 2,690 employees have tested positive for the virus since the pandemic began, and 78 were self-isolating at home or recovering due to exposure as of Thursday, the Emergency Operations Center reported.