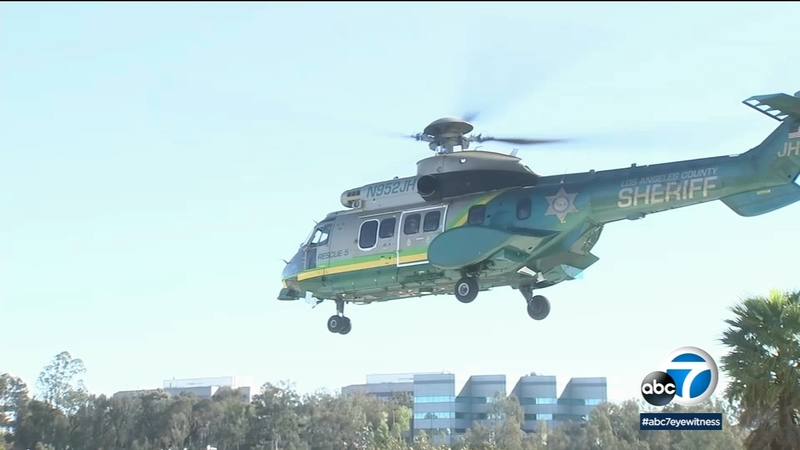 LOS ANGELES (KABC) -- With the Super Bowl and its preliminary events approaching, federal and local law enforcement agencies are increasing their deployments and monitoring multiple locations in Inglewood and throughout Los Angeles County.

"Are we listening? Are we looking at the right spots? Are we anticipating anything that could possibly happen? I would say yes," said Jesse Baker, special agent in charge of the Secret Service's Los Angeles field office, adding that there were "no specific, credible threats at this point."

Deputy Hudson Carothers, a spokesman for the Los Angeles County Sheriff's Department, said there has been "a lot of planning from the top down."

The Los Angeles Police Department said deployments have been boosted across the city, with hundreds of additional officers in uniform as well as specialized assignments.

"These added staffing resources will ensure our community remains safe while deterring any celebratory unruly conduct or other disruptions,'' the LAPD said in a statement.

Also, officials said the vast majority of the more than 1,300 LAPD employees forced out of work due to COVID-19 issues have returned to active duty, and the number of new cases has dropped significantly.
EMBED More News Videos

The Rams and 49ers are set to meet each other for the NFC title for the second time in postseason history.

"The Department also has additional contingency plans for all types of disasters, planned and unplanned events requiring additional police personnel. Our ability to realign operations and significantly surge in size to meet critical public safety needs is well established and has been a point of significant focus in preparation for the upcoming Super Bowl LVI,'' the statement said.

On Wednesday, Inglewood police said a San Francisco 49ers fan apparently was beaten during Sunday's NFC championship game against the Rams and is in a medically induced coma.

Daniel Luna, 40, remained hospitalized after he was found in a parking lot of SoFi Stadium at about 4 p.m., a half-hour into the game, police Lt. Geoffrey Meeks said.

Hospital emergency room workers "believe he suffered from an assault at the stadium to his upper body and facial area," Meeks said.