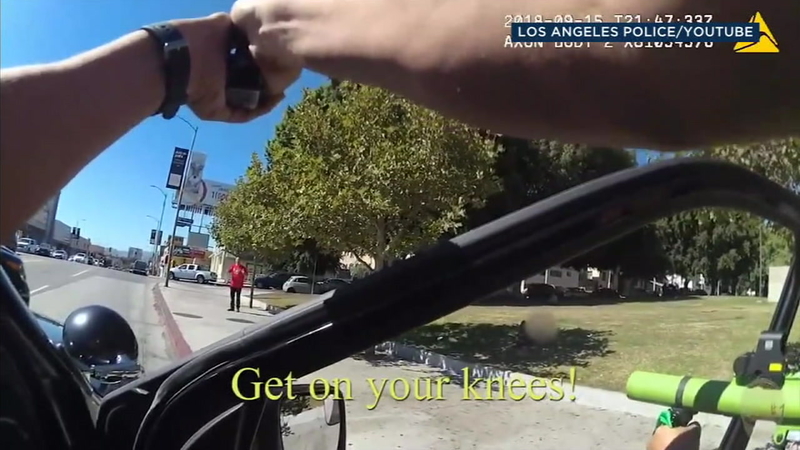 The incident occurred on Sept. 15 around 2: 50 p.m. outside the Los Angeles Police Department's Rampart Division station.

Police said officers confronted an armed domestic violence suspect, identified as Tyler Evans, a Supercross driver who went by the name "One Punch."

The day before Evan's death, police say Evans' girlfriend reported an incident of domestic violence to officers assigned to the Rampart station. Evans was not at the scene at the time the report was made.

The confrontation started when Evans drove his girlfriend to the Rampart station to discuss the domestic violence investigation.

She told officers Evans was waiting for her outside the station with a gun.

Police said the man was wanted for domestic violence and refused to listen to their commands.

Video from the confrontation shows Evans being ordered to get on his knees.

"Just do what you are told Tyler," the officer yells.

Despite the commands, Evans appeared to back away, and officers used a bean bag gun.

Moments later, police say Evans turned the gun on himself and took his own life.

The LAPD released surveillance video from the station to show the gun on the ground after he fires.

Bruce Thomas, a retired officer, said the officers did everything right.

"They knew he was a dangerous person, so they tried to stop him using verbal commands," Thomas said. "You notice they have one officer doing that so there's no confusion."