KABC
By Jory Rand and ABC7.com 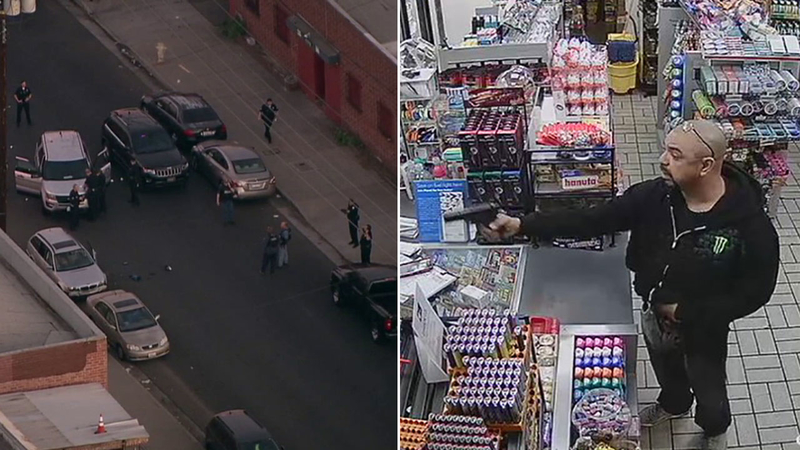 LOS ANGELES (KABC) -- Los Angeles police have confirmed that the man who was shot and killed by officers in North Hollywood Thursday was the so-called "Penny-Pincher Bandit."

The suspect was given that name after being caught on camera robbing a Woodland Hills gas station on Saturday and making off with $800 and some pennies from a take-a-penny, leave-a-penny tray.

An armed man has been dubbed the "Penny Pincher Bandit" by police and is being sought after a surveillance camera recorded him robbing a Woodland Hills gas station at gunpoint.

Undercover LAPD detectives were investigating the case when they encountered the suspect near Kittridge Street and Radford Avenue Thursday afternoon. There was a short pursuit, followed by officers opening fire in an industrial neighborhood on Vose Street. Witnesses described several volleys that sounded like fireworks.

It was unclear what prompted the shooting or how many officers fired at the suspect. He was taken to a hospital, where he was pronounced dead.

On Friday, the LAPD confirmed that it was indeed the same man wanted in the "Penny-Pincher Bandit" case.