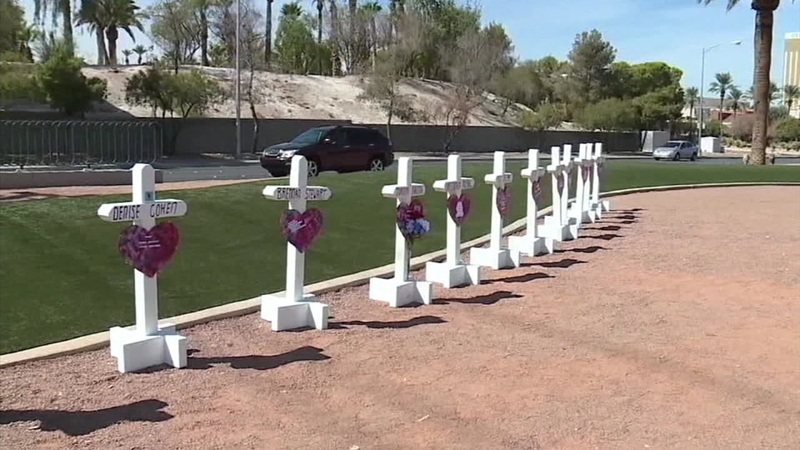 LAS VEGAS (KABC) -- As Las Vegas is preparing to mark the one-year anniversary of the mass shooting that claimed 58 lives, events to honor those who were lost have already begun.

A man who made crosses for each of the victims in the days after the massacre has brought new ones back.

Greg Zanis arrived Friday in Las Vegas, where one by one he displayed the newest set of Crosses for Losses at the iconic Vegas welcome sign -- just as he did last year.

Zanis decided to bring them back to help people cope with Monday's anniversary.

Firefighters responded to the scene around 5 a.m. It is unclear if the business was operating at the time of the fire.

Starting on Sunday, Zanis is beginning a 58-hour vigil, one hour for each of the victims.