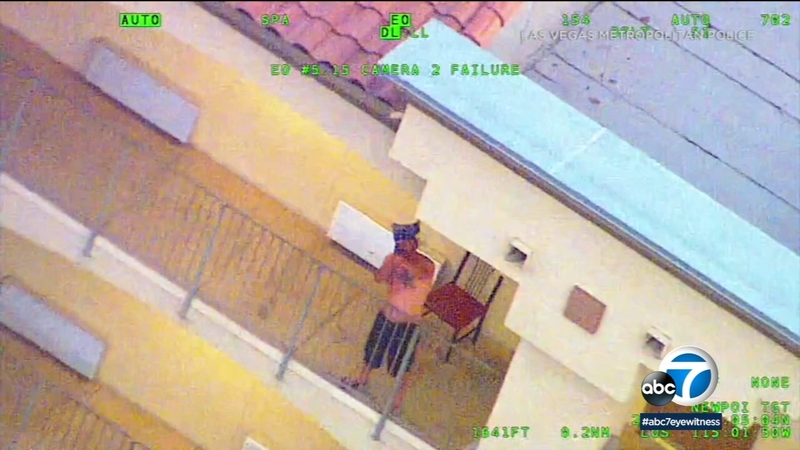 LAS VEGAS (KABC) -- Warning: The above video contains footage that some viewers may find graphic.

Las Vegas police have released body camera footage of a Mother's Day shootout with a man who they say threatened them and his neighbors with BB guns that were built to look like submachine guns.

Officers responded to the apartment complex in southeast Las Vegas after receiving a 911 call about a man with a gun. When the police helicopter arrived on scene, the man was pointing one of the weapons at it from a balcony.

Witnesses said the suspect, 42-year-old Jody Lucas, told them he was going to get a gun and shoot people.

After aiming the weapon at the helicopter, Lucas briefly entered his apartment on the third floor but came back out once again with the gun.

"He yelled something down to the people by the pool as he pointed the firearm at them," said Assistant Sheriff Chrisopher Darcy with the Las Vegas Metropolitan Police.

That's when officers who had made it to the third floor of the complex opened fire, striking the suspect. Video from the police helicopter shows Lucas taking aim at the officers before he takes off running in the opposite direction.