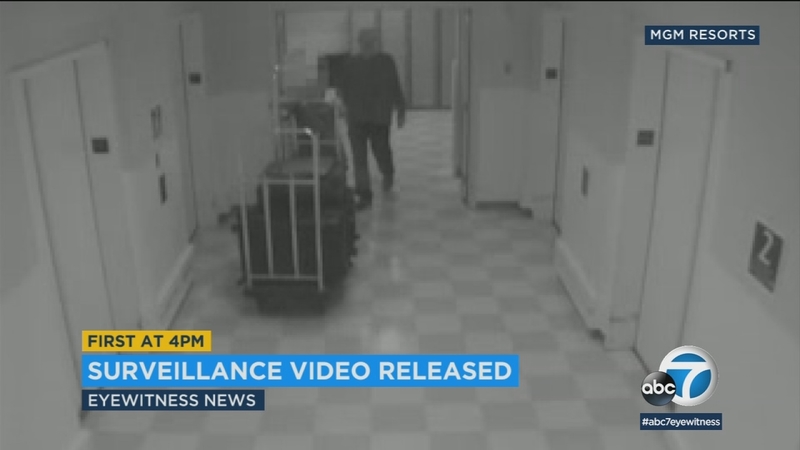 LAS VEGAS (KABC) -- In a rare move, MGM Resorts has released surveillance video from Mandalay Bay Resort and Casino of Las Vegas gunman Stephen Paddock, helping to piece together his activities in the days leading up to the massacre last fall.

In the videos, Paddock can be seen playing video poker, eating alone, chatting with hotel staff and handing out tips, all while he hauls bag after bag of weapons into his suite over a series of days.

MORE: Las Vegas gunman was multimillionaire, according to brother

Paddock would go on to commit the deadliest mass shooting in the history of the United States, killing 58 people and wounding hundreds more at the Route 91 Harvest Festival on Oct. 1, 2017.

MGM Resorts says it released the video to demonstrate that Paddock gave no indication of what he planned to do and that his behavior and interactions with staff were normal.

The resort says it could not reasonably foresee that he was about to carry out such an evil, violent and deadly act.