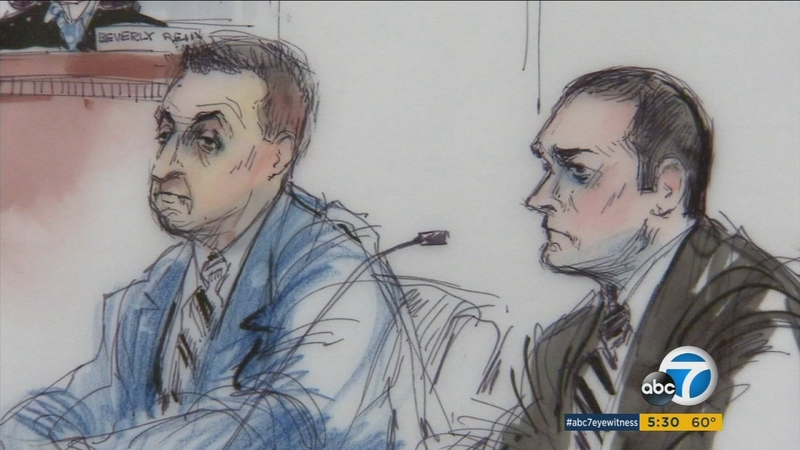 Joey Aguiar, 28, was sentenced to 18 months, and Mariano Ramirez, 40, to 13 months. The penalties were imposed following court arguments about their responsibility as public servants to uphold the law.

The incident happened on Feb. 11, 2009. Jail video of inmate Bret Phillips after the altercation was shown to the jury in the guilt phase of the deputies trial.

That video was obtained by Eyewitness News showing Phillips in a gurney.

"I resisted," says Phillips when a jail sergeant asked him what happened.

The jury deadlocked on a charge that the deputies unlawfully beat Phillips and acquitted the pair of conspiring to violate the inmate's civil rights.

Judge Beverly Reid O'Connell stated at sentencing that she believed the force was excessive.

"There must be consequences," said O'Connell, who added that Phillips "was struck, kicked, repeatedly hit by a flashlight and pepper-sprayed while he was on the ground."

The judge also questioned a disparity in the sentences requested by federal prosecutors. She noted that the U.S. attorney asked for a 27 month penalty for the deputies. Yet in a separate case for former Sheriff Lee Baca, the request was for 180 days.

The lawyer for defendant Ramirez called the gap stunning.

"There is a systemic problem in the jail, and Baca was the leader at the time, and he was responsible for those policies at the time," says Vicki Podberesky.

A different federal judge will impose sentence for Baca on June 27.