Shackled with chains around his ankles and dressed in a white prison jumpsuit, Sexton came face-to-face with the man he believes led him down the road to federal prison.

Sexton told jurors he'd been "convicted of obstruction of justice," and was recently transported to Los Angeles by federal marshals from the Talladega Federal Prison Camp in Alabama, where he's serving an 18-month prison sentence.

"This was coming from all the way at the top," Sexton said.

He testified about the orders he received from his direct superiors as part of the chain of command.

The LASD is a "paramilitary organization," and he was a "25-year-old junior deputy" who trusted that his superiors were relaying legitimate orders from Baca and former Undersheriff Paul Tanaka.

Baca, once one of the most powerful law enforcement officials in the nation, is on trial for allegedly obstructing an FBI investigation into deputy beatings and corruption inside the jails, which are run by the LASD. Baca has pleaded not guilty.

In the summer of 2011, Sexton was a member of OSJ -- Operation Safe Jails -- a unit within LASD that investigates crimes related to the jails. His expertise included dealing with "high value or sensitive" inmates, including informants whose names were sometimes changed in the LASD computer system for their own protection.

But in this particular case, Sexton said there was no discussion of the inmate's safety.

The inmate was Anthony Brown, a convicted armed robber who the LASD had just learned was a jailhouse informant working with the FBI. Brown's cover was blown in August 2011, when jail guards found a contraband cellphone during a routine search. The phone was hidden in a latex glove, stashed inside a bag of Doritos.

Sexton testified that his direct superiors told him early on that they believed the FBI had coordinated the smuggling of that cellphone into Brown as part of a civil rights investigation into the jails.

The former deputy told jurors it was "the beginning of a confrontation between the sheriff's separtment and the FBI." Alarm bells went off inside the department when investigators traced Brown's phone calls from jail to a specific "civil rights" squad in the FBI that investigates potential wrongdoing by law enforcement.

Sexton testified that he helped to hide inmate Brown from his FBI handlers by repeatedly changing his name within the LASD computer system. Brown was also physically moved to various locations within Men's Central Jail - and ultimately to a station jail in San Dimas.

Records were falsified to indicate that Brown, who was facing a 423-year prison sentence, had been "released" from LASD custody. Sexton said those orders came from his OSJ Lt. Greg Thompson.

Sexton testified that his superiors told him they'd personally briefed Baca and Tanaka on the Brown situation. Sexton said former OSJ Deputy Mickey Manzo described Baca as putting his "face into his hands" upon hearing they believed Brown was cooperating with the FBI.

At this point, there were dueling investigations. The FBI was looking into abuse and corruption inside the jails. The LASD wanted to know - what was the FBI investigating? Were there more corrupt deputies smuggling contraband to inmates? Could there be more FBI informants inside their jails? And what was the extent of Brown's cooperation with the FBI?

Sexton told jurors that he named the LASD's side of the investigations "Operation Pandora's Box" -- a reference to a story in Greek mythology - a box that, when opened, released all of the "evils and suffering" into the world.

Sexton is among nine former LASD deputies who've been convicted or pleaded guilty to charges related to obstruction of the FBI investigation, including Tanaka. Sexton has already served four months in prison, and said he does not expect any benefit from prosecutors for his testimony against Baca.

On cross examination, Baca's defense attorney emphasized that Sexton did not personally communicate with Baca about Brown during the operation - and asked if Sexton expected to receive some "benefit" from prosecutors for his testimony.

"I have a hard time seeing how this is going to benefit me," Sexton told Baca's defense attorney, Nathan Hochman.

In 2012, Sexton initially cooperated with FBI agents looking into the matter, but was later indicted, put on trial and convicted for obstruction of justice.

Earlier in the day, retired LASD Assistant Sheriff Cecil Rhambo testified that he told Baca - "Don't f--- around with the feds."

Rhambo told jurors he'd previously worked on undercover drug operations with federal investigators and believed the FBI was within its rights to smuggle a cellphone into the jail as part of a criminal investigation.

"We are the suspects," Rhambo said he told Baca.

Rhambo told jurors that Baca believed the FBI had broken the law by arranging for Brown to bribe a corrupt deputy to smuggle the cellphone into the jail.

He added that he'd heard rumblings that LASD investigators were thinking about "intimidating" an FBI agent on the case.

Rhambo said he told Baca - "If you do that, it's obstruction of justice."

Testimony in the trial resumes on Tuesday. Defense attorneys have not indicated if Baca will take the witness stand in his own defense. 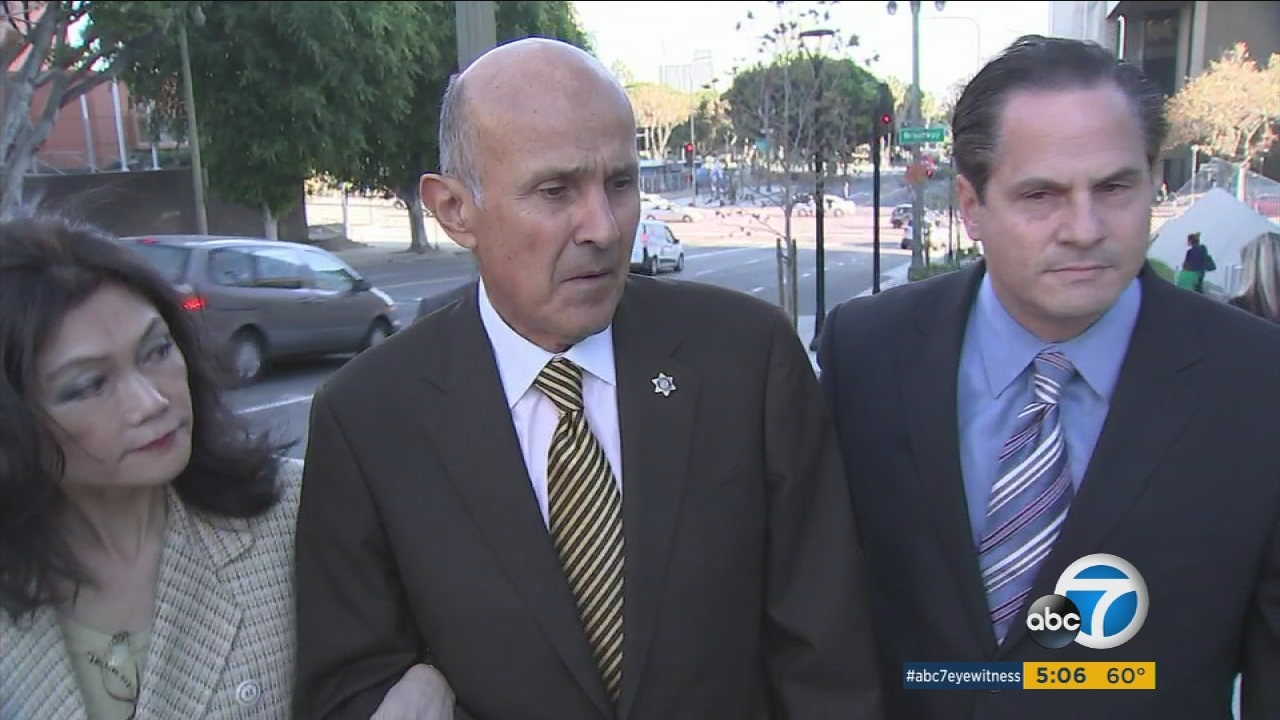 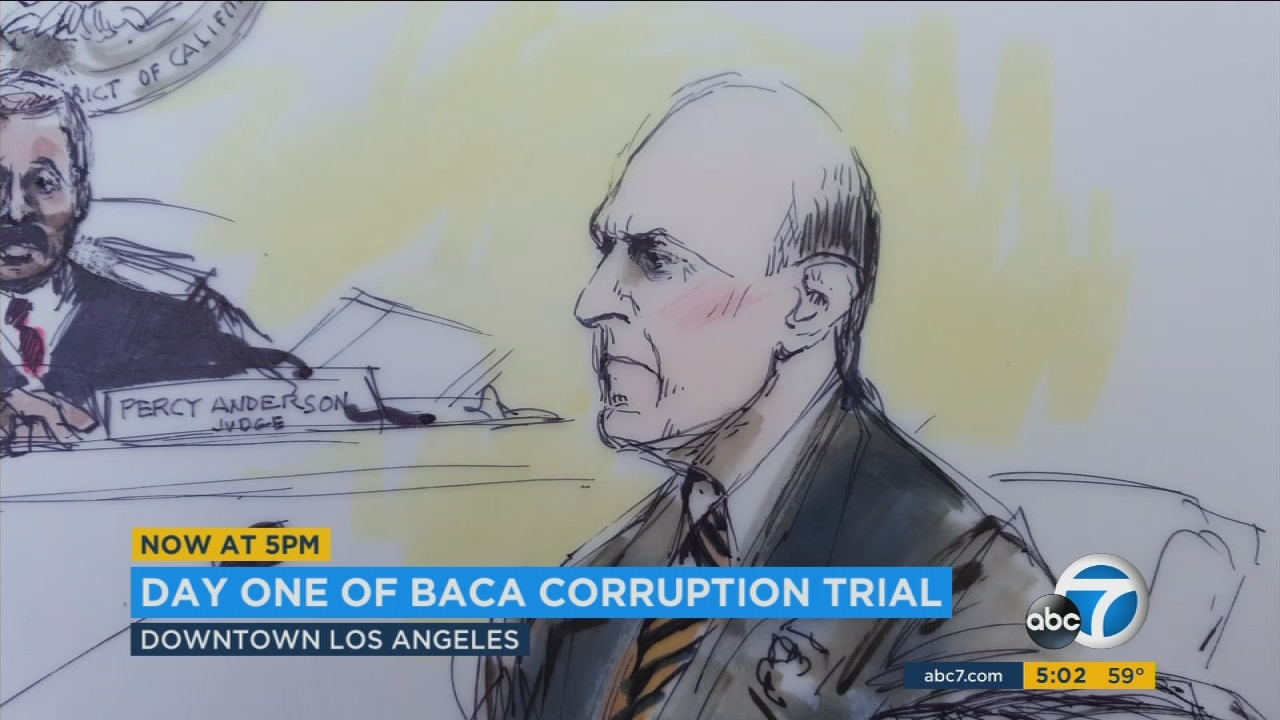 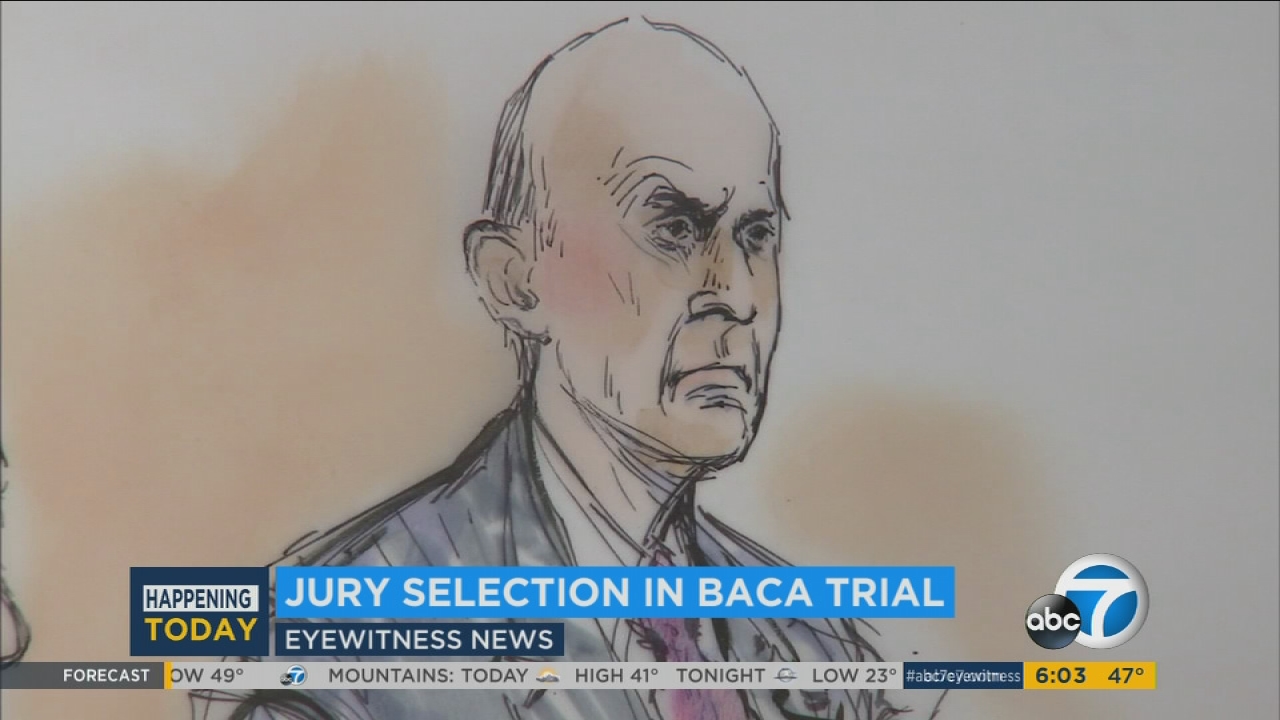