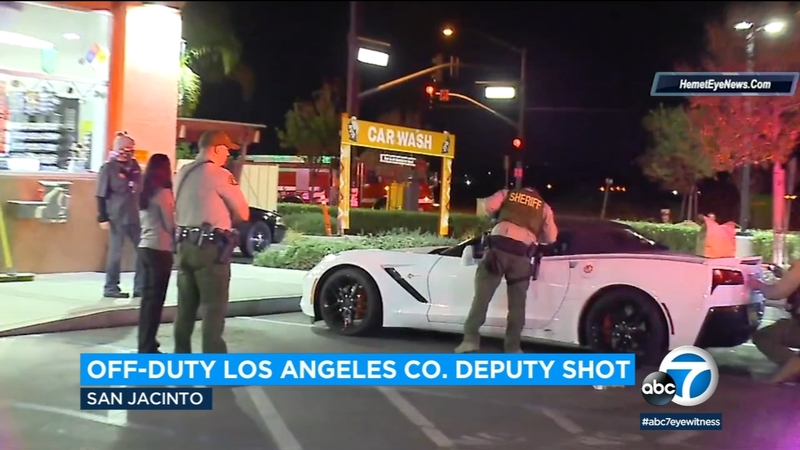 The deputy was described as a victim in a crime that involved a shooting, but exact details were not released.

The incident happened around 3 a.m. at a Shell gas station convenience store in San Jacinto.