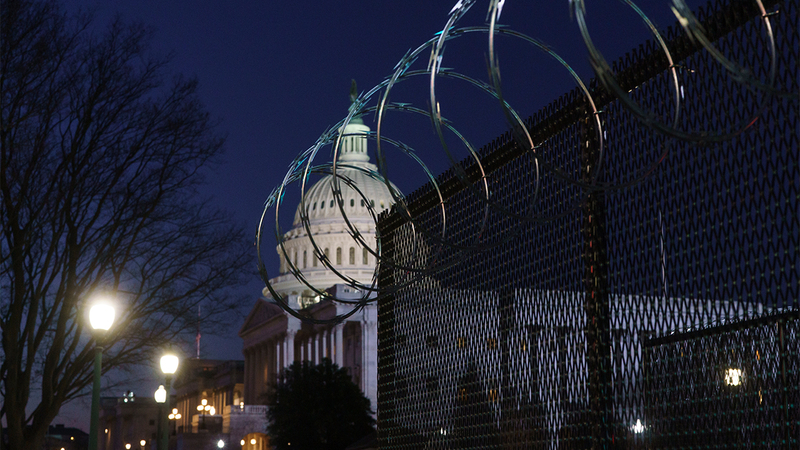 Afterward, McCarron said she wondered if she had gone too far. But then she saw Boebert rail about the 2020 elections, demand to carry a handgun onto the House floor, and send incendiary tweets about 1776 ahead of the U.S. Capitol violence on Jan. 6. Now, McCarron told ABC News, she thinks Boebert "may actually be worse" than she feared.

"I think it's become clear she is a menace to our country," said McCarron, the president of Colorado Ceasefire.

Boebert, 34, is just days into her first term as a member of Congress, and already the fast-talking, gun-toting tavern owner is proving to be a provocative and disruptive force -- a reputation she says she relishes.

"I know I am exactly where I am supposed to be for this moment," Boebert told ABC News. "I'm proud to be here. I'm not slowing down. I'm not backing down."

The Jan. 6 riot at the Capitol served as a signal event for the Donald Trump presidency, and it has proven both defining and perilous for some of his staunchest supporters -- of which Boebert is one. In the weeks since the attack, Boebert has faced suspicion from many of her new colleagues in Washington. She has endured death threats and a flood of ridicule on social media. And she has seen strong reactions from critics and even some supporters back home in Colorado.

Some of Boebert's Colorado constituents hosted a rally calling for her expulsion from Congress last week. Democrats promoted an aggressive recruiting drive to field an opponent to run against her in 2022. And a group of 60 elected officials from the Western Colorado region Boebert represents wrote an open letter to congressional leaders calling for an investigation into Boebert's conduct during the Jan. 6 insurrection, which they described as "irresponsible and reprehensible."

"We have heard overwhelmingly from our constituents, therefore her constituents, that there is deep concern about her actions leading up to and during the protests that turned into a violent and deadly mob," the letter said.

Exactly what Boebert did leading up to and during the Capitol siege remains a subject of rumors, dispute and continued controversy.

On the morning of the siege, Boebert tweeted, "Today is 1776." She was speaking on the House floor against certifying Arizona's election results as rioters swarmed the Capitol, saying "The Constitution makes it necessary for me to object to this travesty." And as extremists poured into the Capitol, she tweeted: "The Speaker has been removed from the chambers."

Some of the most combustible claims leveled by her critics -- that she secretly gave reconnaissance tours of the Capitol to extremists, that her mother was a rioter, or that her tweet about House Speaker Nancy Pelosi was intended to guide the mob -- appear to be entirely unsupported and have been met with sharp denials from Boebert herself.

"We are getting death threats over these slanderous claims," Boebert told ABC News. "This is complete malice. They know that this is not true and they are still running with it."

But there are reasons that the otherwise obscure freshman congresswoman has remained a focus of attention both in Washington and at home.

One of the militants arrested for participating in the riot posted a photo online last week in which he posed in front of the restaurant Boebert owns in her hometown of Rifle, Colorado. Authorities said the man, Robert Gieswein, is aligned with a militia group known as the "Three Percenters," which espouses anti-government and pro-gun views. The Southern Poverty Law Center says some members are dangerous "anti-government extremists" and the Anti-Defamation League has flagged members pushing white supremacist dogma.

Another image, taken at a pro-gun rally shortly after Boebert launched her campaign in 2019, showed her posing with local members of the Three Percenters, which was one of two organizations credited with providing security at the rally, according to published reports.

Photos of the Jan. 6 attack on the Capitol showed some participants waving the Three Percenters flag during the riot.

In June, Boebert tweeted the provocative statement: "I am the militia."

When asked about her views on anti-government militia groups, Boebert said their activity is sanctioned by the U.S. Constitution -- but she stopped short of offering a full-throated endorsement of their efforts. She said she doesn't know Robert Gieswein, the Colorado man who had posed in front of her restaurant and who was later charged with participating in the Capitol siege. She said the photos she has taken with Three Percenters should not be viewed as an endorsement of their actions.

A recent FBI report notes that simply espousing anti-government rhetoric is not against the law, but that these types of militias represent a security threat because of their efforts to "advance that ideology through force or violence," which is illegal.

Boebert took to Twitter on Jan. 6 to condemn the attack on the Capitol, which has been proven to involve large numbers of militia members from around the country. And she refuted many of the claims circulated about her as false -- telling ABC News, for instance, that her mother did not participate in the siege and was locked in Boebert's office the entire time.

Democrats have continued to question whether any Republican members took steps to aid the rioters. House Speaker Nancy Pelosi, D-Calif., said on Thursday that "if people did aid and abet, there will be more than just comments from colleagues here -- there will be prosecutions."

"We should have a full investigation," said Rep. Ruben Gallego, D-Ariz., adding that the conduct of members of Congress should "absolutely" be looked at by the FBI.

Bryson Morgan, a former investigative counsel to the House Office of Congressional Ethics, said nothing revealed so far would indicate that Boebert could face discipline.

"But we keep learning more and more about the events of Jan. 6," Morgan said. "I would expect if a member was shown to be supporting an attack on the Capitol in any way, there would be swift action."

Groups that monitor militia activity said they are increasingly concerned by what they have been learning about Boebert. Scott Levin, director of the Colorado chapter of the Anti-Defamation League, said his group has not been able to tie Boebert directly to any extremist or hate groups -- but he said the events of Jan. 6 generated heightened suspicion.

"The language she uses is something that people will take cues from, and that will empower them and embolden them to act," Levin said. "And that's where the real danger is."

Back in Colorado, people in Boebert's district have been following her first days in Congress with a range of reactions. Boebert said she has received positive feedback from her constituents.

"My supporters who sent me to Washington, D.C., are happy with me," she said. "My base is growing."

Matt Scherr, a commissioner in Eagle County, said Boebert is probably correct that her conduct is not likely to siphon away support -- even though he was upset by it. He said he does believe she needs to conduct herself with more care, now that she holds elective office.

"She is clearly passionate and a patriot," Scherr said. "We were not calling for her resignation or for her to be expelled. But we would hope she learns from this and shows some contrition about what happened from the Capitol."

Others say they are increasingly concerned by what they see as combustible rhetoric.

"I know she has a lot of supporters," said John Clark, the mayor of the town of Ridgway in Boebert's district.