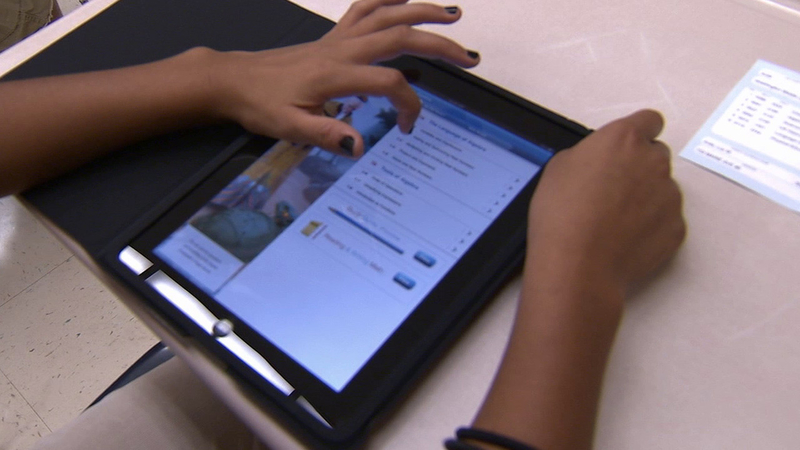 LOS ANGELES (KABC) -- The Los Angeles Unified School District says it is not canceling its controversial tablet computer program, but it is reopening the bidding process for the third phase to all companies, including Apple.

"Not only will this decision enable us to take advantage of an ever-changing marketplace and technology advances, it will also give us time to take into account successes and concerns learned in the initial phases of the (Common Core Technology Project), and receive new information from the California Department of Education regarding assessments," Superintendent John Deasy said Tuesday in a statement.

This comes as questions mount over the district's handling of its iPad deal. The billion-dollar initiative aimed to provide all students, teachers and administrators with a tablet computer.

The new questions surround the LAUSD's contract with Apple and Pearson, the company that provides the curriculum on the tablet computers. Public records obtained by the Los Angeles Times show that Superintendent John Deasy and his former chief deputy had been discussing this technology with executives from Apple and Pearson two years before the bidding process.

At Tuesday's school board meeting, Deasy did not address the controversy before entering into a closed session.

United Teachers Los Angeles is calling on the Board of Education to uncover the truth behind the iPad deals. The teachers' union says Deasy needs to publicly explain his role in awarding the contracts to each company.

"It's an issue of if the top of our district has cozy relationships with multibillion-dollar corporations but isn't including parents and students and educators in the process of vetting big projects like this, that's a problem," said Alex Caputo-Pearl, president of UTLA.

Deasy says that the district remains committed to providing technology that supports students' "access to a world of learning and discovery" and prepares them for the future.

"We have worked hard and are proud of the progress we have made - and will continue to make through additional phases - on this project. The CCTP supports the District's transition to the Common Core State Standards and its commitment to provide an individualized, interactive and informative-rich learning environment," Deasy said. "We look forward to refining our processes and ultimately achieve our vision to equip every one of our students with a personal computing device to help them succeed in the 21st century. This is exactly what our students need and deserve."

Mayor Eric Garcetti says the controversy is not fair to students.

"Now we are going to see them punished because of mistakes that were made at the school district, so I'd like to see them right those mistakes, get tablets, whatever brand, in the hands of our students as quickly as possible," said Garcetti.