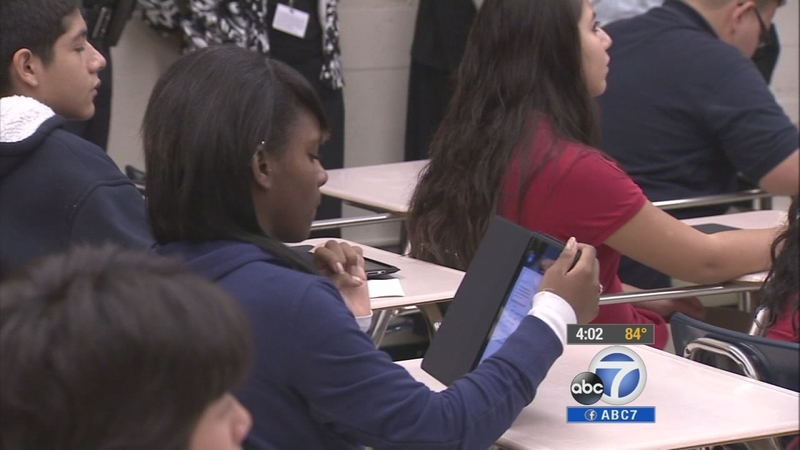 LOS ANGELES (KABC) -- It's a daunting task to create a software program that will keep track of more than 600,000 students at more than 1,000 schools.

That's the idea behind My Integrated Student Information System or MiSiS, but critics say the LAUSD's $20-million program rollout has been plagued by glitches and crashes. The blunders include missing or inaccurate rosters and class schedules.

"So as a result, we started the school year with many, many, many thousands of kids not being able to be in classes," Colleen Schwab said. "We believe there are still about 40,000 kids who we don't know where they are."

Schwab is vice president of UTLA, the union that represents teachers at LAUSD. She says the district rushed the system into place before it was ready.

"Teachers cannot enter grades and the grades are due this Friday for the first five weeks," Schwab said. "Teachers are telling me, 'I can't do it, it disappears, I have the wrong class roster.'"

On Tuesday, the team in charge of implementing the program went before the school board and assured them that the problems with MiSiS were being addressed.

"When we went through all the testing, stress testing, user testing, the results that we got back at the time were saying that this was ready to move forward," LAUSD Chief Strategy Officer Matt Hill said. "We found out rolling it out that there were things that were missed during those testing processes."

Hill says his team is working to address the issues with MiSiS, but still feels like the problems with computerized attendance and the tracking system will eventually work themselves out.

"I believe that the system is stable now," Hill said. "We still need to continue to work with our users at the school sites."

But some teachers say those kind of assurances aren't good enough.

"We believe there should be teachers, parents, students, administrators on a technology committee to remedy this and to not let this happen again," Schwab said.

A member of the school board asked LAUSD Superintendent John Deasy to give the implementation of MiSiS a letter grade during Tuesday's meeting. Deasy gave the program an incomplete.