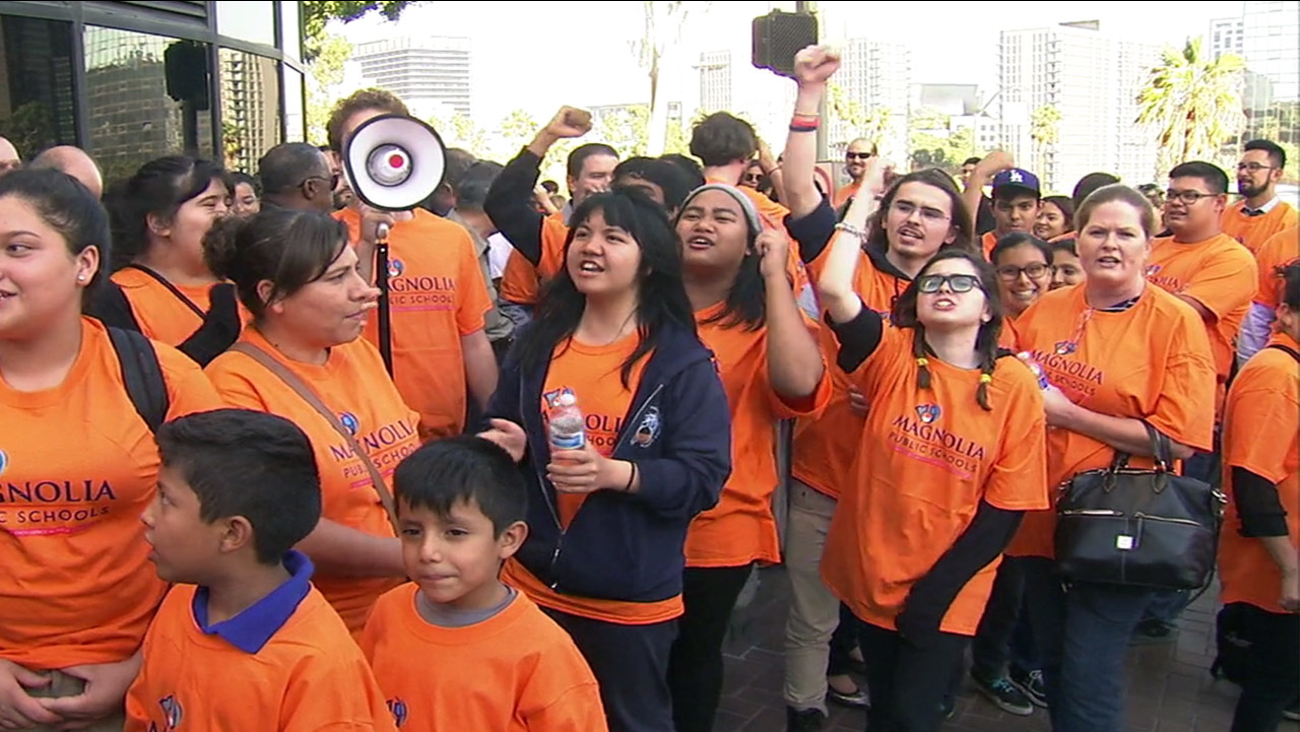 The board could have revoked El Camino Real Charter High School's authority to operate, but decided to stay the action, as long as the school agrees to the district's terms.

Under the agreement, Fehte would step down effective Oct. 26, according to The Los Angeles Daily News.

A review by the district found several problems with the high schools including alleged inappropriate spending, claims of importing foreign teachers and having possible conflicts of interest with corporations.

Tuesday's board meeting drew a large crowd of parents and teachers in downtown Los Angeles.

"I believe it's all about LAUSD trying to regain control of all the charters because our kids excel. We have great donors. We raise a lot of money as parents and as a community for our children," El Camino Real Charter High School parent Erin Sanchez said.

LAUSD has the highest number of independently operated charters in the U.S. school system.