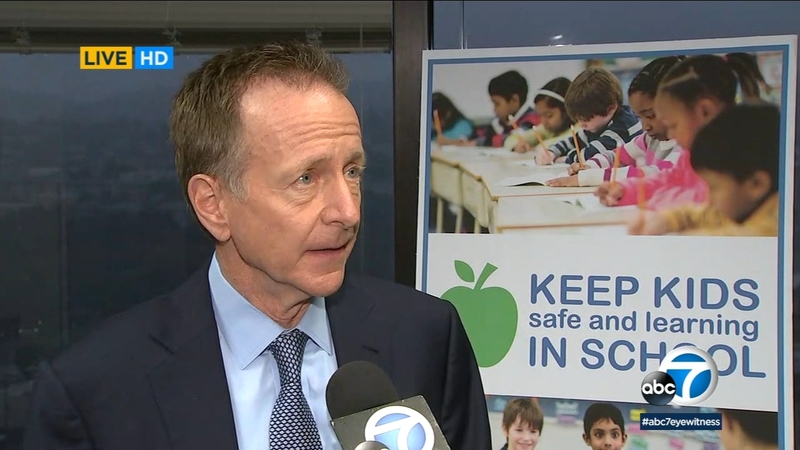 Beutner said the United Teachers Los Angeles union and LAUSD have not met since last Friday, when the district presented a new deal on contracts.

When asked how long he thinks the strike will last, he said, "We want to resolve it now."

Monday's strike, which involved thousands of LAUSD teachers marching from City Hall to LAUSD headquarters in the rain, cost the district $15 million.

"About $15 million that would have been better spent to reduce class size, to hire more nurses, counselors, librarians... Each day we should be asking ourselves, 'Why can't we get this solved?' Let's finish this contract, let's put that behind us, let's move forward, let's get back to Sacramento, where I was last week, let's keep working for more funding so we can do more at our schools," he said.

Beutner called for teachers to join him in going to both Sacramento and the county.

"The county is our regulator," he said. "They're the ones who tell us how much money we do and don't have."