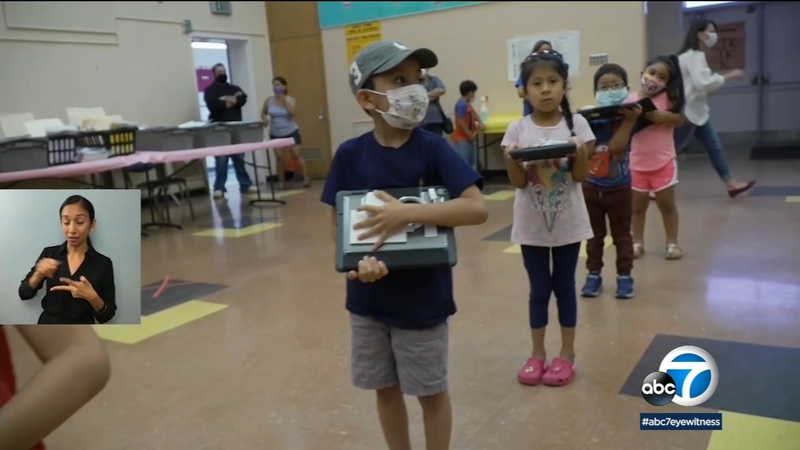 LOS ANGELES (KABC) -- The restart of Los Angeles Unified schools is moving closer to reality as the teachers union has now approved a deal to resume in-person instruction.

The agreement was previously approved by union leadership and the school board, but now 89% of the members of United Teachers Los Angeles have also given their support.

"While the improving COVID-19 situation is still fragile, we believe this agreement puts LAUSD on the path to a physical reopening of schools that puts safety first," UTLA President Cecily Myart-Cruz said.

The deal included a number of requirements that included access to vaccination for school staff, Los Angeles County falling below the state's purple tier and safety protocols at every school.

The vote was announced as the CDC issued new guidelines that allow students to be spaced only three feet apart in classrooms instead of the six feet previously recommended. Masks and other precautions are also required.

But LAUSD officials say, per their agreement with the teachers, they are sticking with six feet of separation.

"Schools in Los Angeles Unified now have in place the highest standards of COVID safety in the nation," Beutner said.

He said the district has consulted with experts from a range of institutions, including UCLA, Stanford and Cedars-Sinai Medical Center.

Changes made include upgrades to school ventilation and filtration systems, increases in custodial staff and weekly COVID-19 testing for students, their families and school staff.