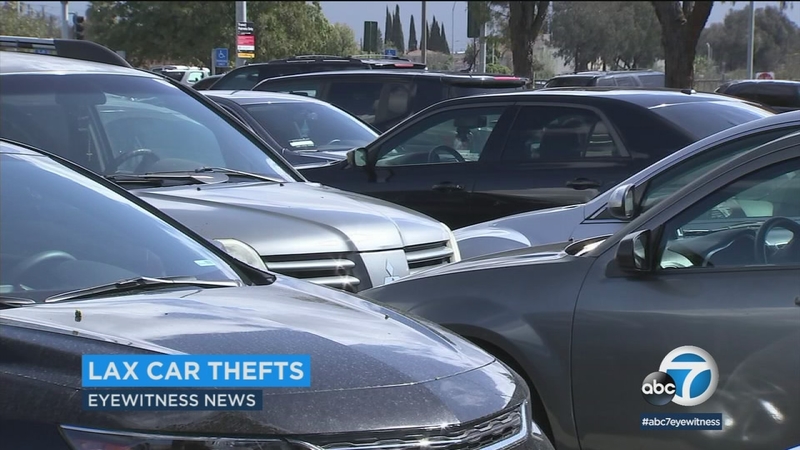 LOS ANGELES (KABC) -- Employees at Los Angeles International Airport are expressing concern over a lack of employee parking spots near the airport, leading to a rise in vehicle break-ins.

Construction projects in and around the airport and along the Metro line along the 105 freeway have taken away employee spaces that cost $55 per month.

Cecilia Choi is one of the employees who contacted Eyewitness News after her car was broken into at a park-and-ride lot near the Metro station at Hawthorne Boulevard and 111th Street.

She and a few others have shared their concerns - saying that nearly two dozen LAX employees' cars have been broken into since the first of the year.

Choi says it's a grind searching for a place to park - then returning to your car after work and seeing what a thief did to it.

Selaima Tuitupou sent us video of her car after it was broken into near the Aviation Metro station. It was parked on the street. She said she's concerned for her safety also because she gets off work late at night and heads back to her car alone.

Employees say they've been on a waiting list for employee parking near the airport for nearly a year.

They emphasized they're not looking for a handout when it comes to parking. They just want more employee spots allocated so they can park closer to work.

"First of all you have to spend two hours of your day finding parking and get to work on time," said airport worker Amor Vidal. "And then work your shift and then afterwards head to your car but your car is not in an employee parking lot. It's miles away which you need to take a shuttle bus to a different location and then walk to your car because there's no space for employee parking."

Between travelers and workers, parking near the airport is only getting tougher.

There are almost 55,000 people who have credentials to work at LAX.

A spokesperson for LAX says Los Angeles World Airports provides parking, or subsidizes transit, carpools or vanpools for 100 percent of its employees.

LAWA also provides about 12,000 spaces which can accommodate about 32,000 other employees. The airport is working on adding 800 more spaces by the end of the year.

The 800 additional spaces should be able to accommodate another 2,000 employees.