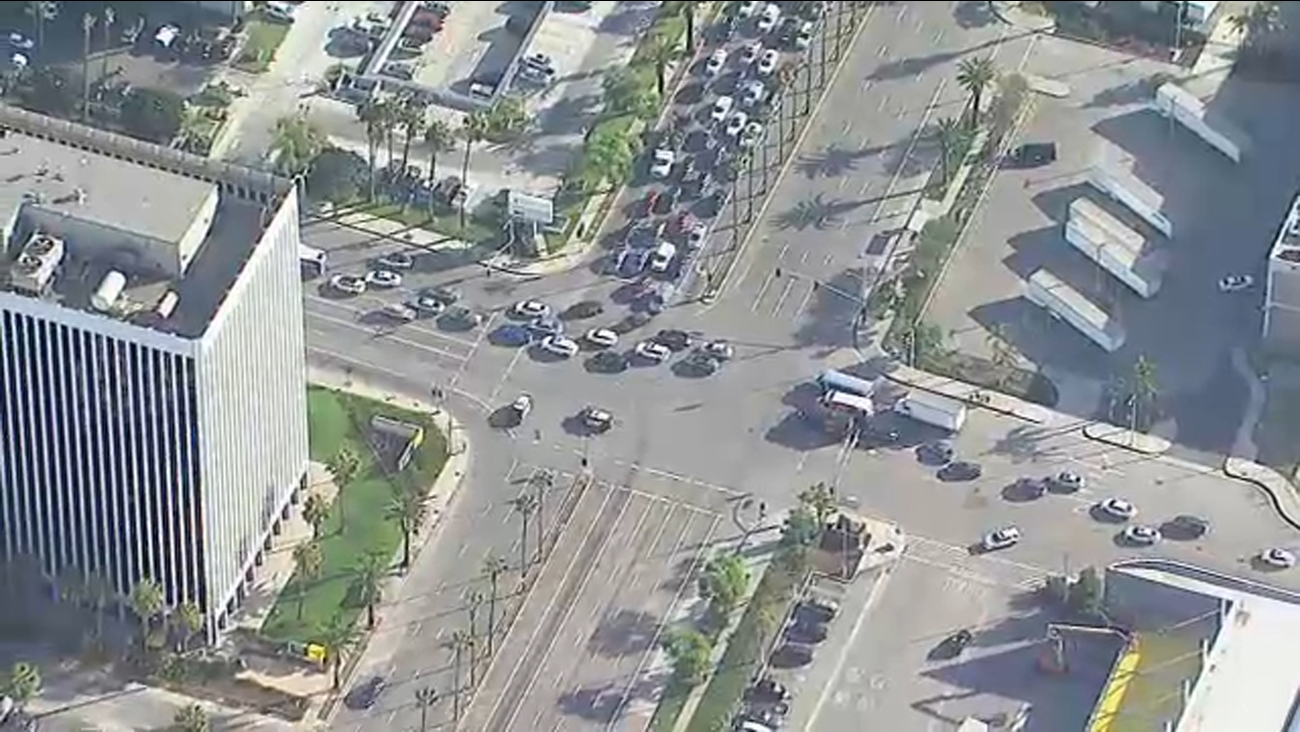 KABC
LOS ANGELES (KABC) -- Police and firefighters responded to a report of a suspicious item at a major intersection outside Los Angeles International Airport on Tuesday morning, briefly snarling traffic just as the Thanksgiving travel rush was getting underway.

The investigation began about 8:45 a.m. at Century Boulevard and Avion Drive, according to Los Angeles Airport police. Century was closed east of Sepulveda Boulevard and west of Airport Boulevard.

Travelers were urged to use alternative routes to access the airport during the shutdown, while other motorists were encouraged to avoid the area.

Bomb Squad cleared the item no hazard. Traffic being released and roads being opened. Thank you for your patience