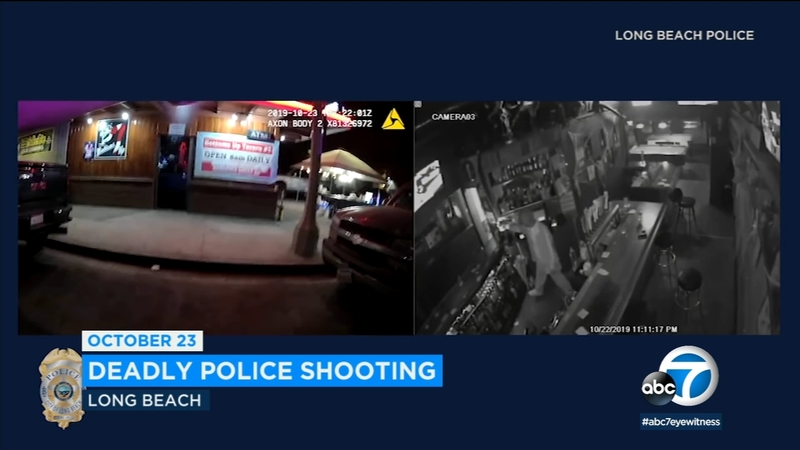 The video from Oct. 23 shows the moment an officer shot from outside Bottoms Up sports bar after the suspect shot twice from inside.

According to a news release from LBPD, the officer responded to the 1700 block of East Artesia Boulevard at about 12:20 a.m. after he was told of a shooting inside the business. The suspect, 48-year-old Delfon Kinney, fatally shot an employee at the bar and wounded another before he was shot by police.

Police say when the officer approached the bar, he heard shots being fired and shot his weapon after seeing the armed suspect.

A Long Beach bar employee is being mourned after he was killed during a shooting at his place of work, which also left the suspected shooter dead.

Video from the officer's bodycam shows him firing at the suspect, while surveillance video from inside the bar shows the armed suspect.

SWAT officers responded and found the gunman unresponsive on the ground still holding the firearm after the shooting, police said.

Other patrons locked themselves inside a storeroom during the shooting, police said.

No officers were injured in the shooting. LBPD said other patrons reported minor injuries from fleeing the scene.