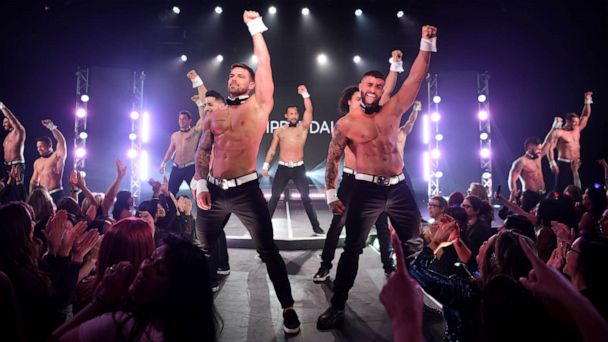 The Chippendales are known for one of the sexiest shows in entertainment, but, in the beginning, behind the glitz and glam, greed eventually led to violence -- and murder.

A new Discovery+ series, "Curse of the Chippendales," sets forth to expose the intimate details of owner Steve Banerjee's murder-for-hire plot.


"Everything about Banerjee was about making money," said Scott Garriola, a former FBI agent and the investigator on the Chippendales case.

Read Scot, a former Chippendales' performer, said he was once a target on Banerjee's list.

"What I went through, you'll never believe," said Read Scot.

"It was the first time ever where something was completely geared to the ladies," said Candace Mayeron, a former producer for the Chippendales.

The idea proved revolutionary, creating an overnight success. Banerjee, an immigrant from Mumbai, India, quickly became one of the most well-known club owners of the time.

"The popularity, I think, was the first time that the equality door was kicked open for women to get the same kind of entertainment options that men have had for years," said Scot, "They could be rowdy, rude, vulgar even like men."

In the early 1980s, Banerjee decided he wanted to take the show across the country, so he hired former television producer Nick De Noia to help with the expansion.

"The partnership between Steve and Nick, you know, became fruitful. And that's how the clubs took off. And they eventually opened up a club in New York," said Garriola.

According to Scot, Banerjee and De Noia's relationship began to sour, and they would often clash over the creative direction of the show. Scot said Banerjee cared more about performer's attractiveness, while De Noia cared more for production.


"[Banerjee] pretty much let me know, 'You are a very good performer, Read. But you are not a looker," Scot recalled.

"Taking Chippendales on the road eventually turned out to be the most lucrative part of the business," said Garriola, who added that Banerjee became frustrated with De Noia's success. Banerjee hired Ray Colon to help carry out an attack on his business partner.

On April 7, 1987, Colon and Rivera travelled to the Chippendales office in New York, according to Garriola. Rivera shot De Noia in his office, and the two men escaped before police arrived.

At the time, nothing linked Banerjee to the murder, and business went on as usual. According to Scot, suspicion began to arise when Banerjee bought back the touring rights from the De Noia family for $1 million.

Meanwhile, other male strip clubs began to pop up across the country, including "Adonis," which was started by a group of former Chippendales dancers and which hired Scot as the emcee.

"They were directly now competing with Chippendales. So what would you expect Bannerjee to do when he has a competition? He wanted these people killed," said Garriola.

In 1991, Scot was with "Adonis" in England, when he said he learned he was in danger.

"There are two gentlemen in suits, and they introduce themselves as FBI," said Scot, who said the investigators said they had intercepted a call. "[They] said, 'We believe someone is out to get you.'"

"[Colon] gave them an eyedropper bottle full of cyanide," said Garriola. "[Strawberry] took all this, he flew over there, got cold feet."

Garriola said Strawberry came back to the U.S. and went to the FBI. Shortly thereafter, authorities arrested Colon and brought him in for questioning.

Colon told authorities Banerjee was behind De Noia's murder and the plot against Adonis. Garriola said they decided to set up a sting operation to secretly record Banerjee admitting to his role in the crimes.

"We're going to construct a ruse where we're going to take Colon out of the country, make believe that he has become a fugitive," said Garriola. "Once he gets overseas, he'll call Banerjee."

Banerjee met Colon in Switzerland to discuss business, and the FBI secretly recorded their conversation.

"We hear Banerjee confess to his complicity in hiring Ray Colon for the murder of De Noia. They talk about the attempted murders of Read Scot and other dancers," said Garriola. "We're able to get the evidence that we needed."

Banerjee was arrested in September 1993 and pleaded guilty to racketeering, which including arranging De Noia's murder. However, in 1994, a day before Banerjee was to be sentenced, he died by suicide.