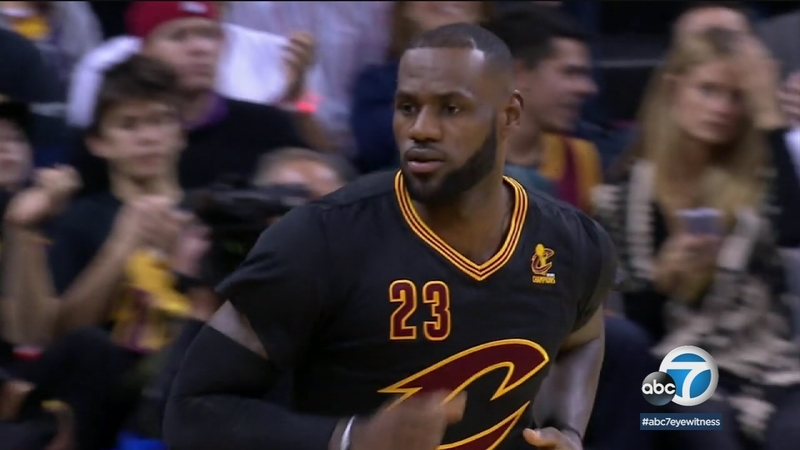 LOS ANGELES (KABC) -- NBA superstar LeBron James decided not to pick up the option on the final year of his contract with the Cleveland Cavaliers, making the 33-year-old a free agent and clearing the way for a team like the Los Angeles Lakers to sign him.

Lakers brass, headed by former NBA champion Magic Johnson, will now try to convince James to sign a contract that could be worth $152 million over four years in Los Angeles.

The four-time MVP passed on a deal with Cleveland that would have paid him $35.6 million during the 2018-19 season. James may still re-sign with the Cavaliers because they can present him with a five-year, $205-million contact, more years and money than any other team can offer.

James can officially begin talking to teams interested in his services at 9:01 p.m. on Saturday night.

Los Angeles billionaire Dr. Patrick Soon-Shiong is a minority owner of the Lakers and new owner of the L.A. Times. He spoke Friday to Andrienne Alpert on the set of Eyewitness Newsmakers shortly after James became a free agent.

"He'd be an amazing addition," Soon-Shiong said. "He's still, I think, one of the most amazing athletes in basketball today."

Soon-Shiong also mentioned the possibility of other All-Stars like Paul George and Kawhi Leonard teaming up with James on the Lakers.