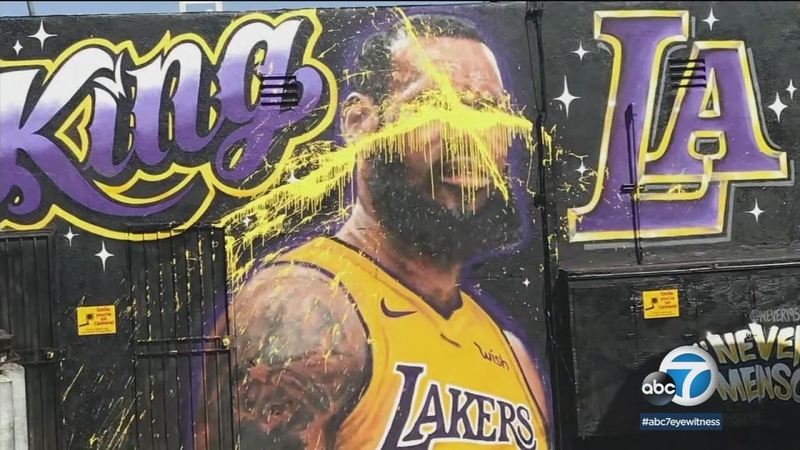 The artist opted to whitewash the larger-than-life mural that was ruined again Wednesday with splashes of yellow paint over James' face.

Around midnight surveillance footage showed a man walking toward the mural with what appeared to be a cup of paint. He tossed it over James' painted face. It only took a few seconds and then the man was gone.

Artist Jonas Never, who spent days creating the mural, and even more time repainting it after the first act of vandalism, said he just opted to paint over his own work with white paint. He said he had no time to fix it.

"The first time someone took a $300 bounty that they'd found on Twitter to destroy the mural, but they didn't destroy it very well. We were able to fix it up in about 15 to 20 minutes," Never said.

Some believe the mural's words "King of LA" infuriated fans who felt it was a slight to former Lakers star Kobe Bryant.

Other fans said they saw the mural on the news and stopped by to see it, but were disappointed to see it was gone.