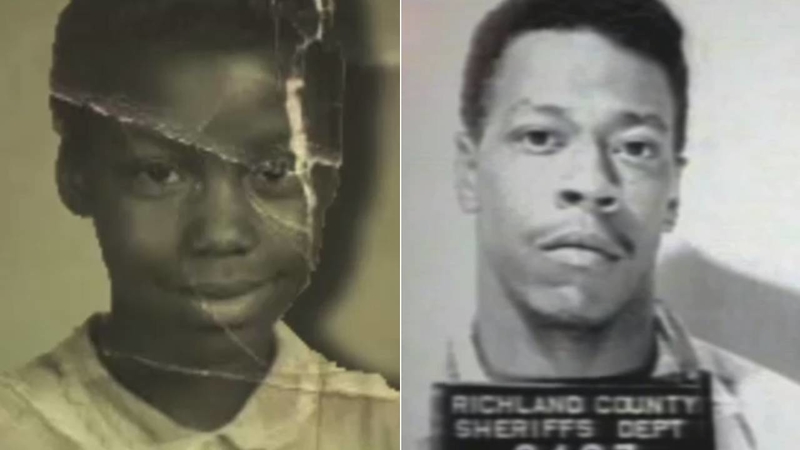 'Have You Seen This Man?' podcast tracks child killer with SoCal ties

The ABC News Investigative Unit teams up with U.S. Marshals in the hunt for notorious child killer Lester Eubanks, who has lived in various locations around Southern California in the past.

The manhunt is documented in ABC News' new six-part podcast "Have You Seen This Man," hosted by Sunny Hostin of "The View."

Over six episodes, ABC News peels back the curtain on Eubanks' crimes and escape, featuring exclusive interviews with key players who knew both Eubanks and his victim, Mary Ellen Deener.

Eubanks shot and bludgeoned 14-year-old Mary to death in 1965 in Mansfield, Ohio. He was sentenced to death, but his sentence was commuted to life in prison in 1972.

One year later, Eubanks received permission to embark on an unaccompanied "good behavior" shopping trip just before Christmas. While on the trip, Eubanks slipped away and was never seen again.

Eubanks has been on the run for more than 45 years.

"We know that in the 1990s Lester Eubanks lived in Long Beach and also South Central. We also know he worked at a hospital downtown, likely as a janitor," Hostin said. "His ID that he used was his fishing license."

"We also know that he rode the RTD bus and that he's an artist and actually a pretty capable artist," says Hostin. "And so perhaps he did sketches somewhere in Hollywood, perhaps he was doing sketches in downtown. And so we know for certain that he made friends, he had acquaintances, that people in Los Angeles most certainly would know and would have seen Mr. Eubanks."