Liam Neeson and his son Micheal Richardson co-star in new a comedy that's also about healing, 'Made in Italy'.
OTRC
By George Pennacchio 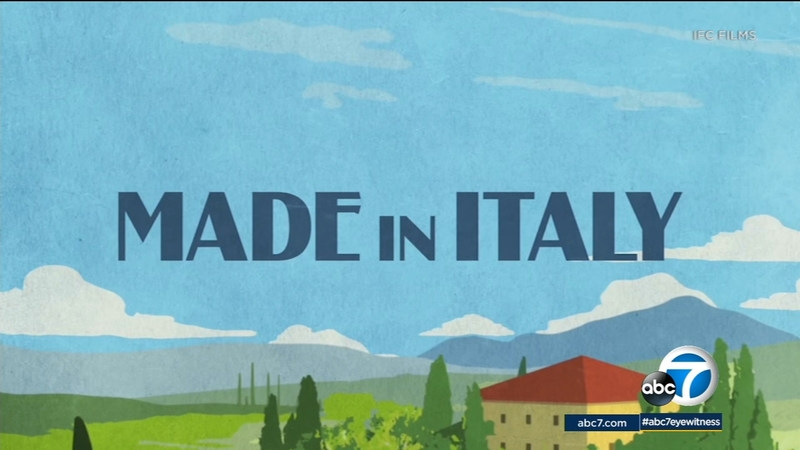 Liam Neeson stars in new movie 'Made in Italy'

HOLLYWOOD -- Actor Liam Neeson is especially excited to talk about his latest movie. And there's a good reason why. He gets to star opposite his real-life son in a comedy that's also about healing. It's called "Made in Italy."

"There's a Japanese word I learned last night and it's called shinrin yoku. It basically means the peace that comes with being in nature," said Neeson.

And that's something Neeson felt while filming "Made in Italy" in the stunning surroundings of Tuscany. His son, Micheal Richardson, felt it, too.

"It was like a vacation, almost. I got to work at the thing I love doing and also be in beautiful Toscana," said Richardson.

"Made in Italy" tells the story of an artist who travels to Tuscany with his son, intending to sell the home they had inherited years earlier from the man's wife-- his son's mother. The two are somewhat estranged when they get to Italy. But as they work on the house, they are also, maybe unknowingly, working on their relationship. And at least one of them seemed to form a new relationship... with pasta.

"I couldn't stop eating that. I was in a good coma for about an hour and a half after that scene. I was going back for me. I was just attacking it the whole time!" said Richardson.

Writer-director James D'Arcy wrote "Made in Italy" before Neeson's wife, actress Natasha Richardson, died from a skiing accident. Initially, D'Arcy feared he might offend Neeson by sending him the script because of some similar themes. Instead, the actor embraced it.

"He said, I don't know how you feel about this--and you must audition him--but would you consider meeting my son to play my son? I think we could bring an extra layer that just--you wouldn't get otherwise," said D'Arcy.

Neeson admits there is one shortcut when you're working with family.

"To start with, you don't have to act being father and son. We just are," said Neeson. "So that didn't require any effort, really."