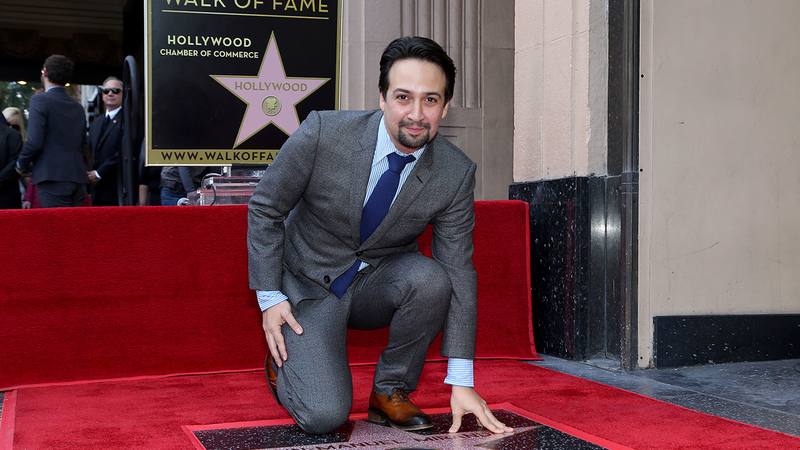 HOLLYWOOD, LOS ANGELES (KABC) -- Writer, lyricist and composer Lin-Manuel Miranda received a star on the Walk of Fame on Friday.

Miranda's ceremony was held in front of the Pantages Theatre on Hollywood Blvd with "Weird Al" Yankovic and Rita Moreno in attendance.

"It means the world to me that my star is outside this theater because I love it so much," Miranda said.

"It's an incredible day. I'm trying to soak it all in," he added.

Miranda is best known for creating and starring in the groundbreaking Broadway musicals "Hamilton" and "In the Heights."