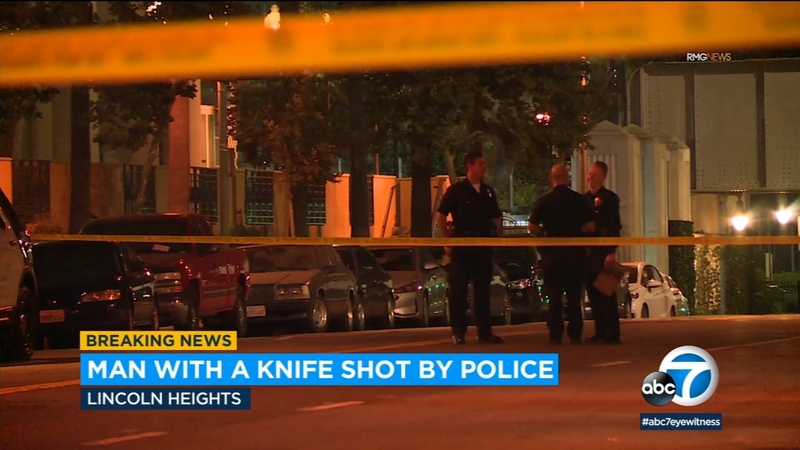 LINCOLN HEIGHTS (KABC) -- A man armed with a knife was shot by Los Angeles police following a confrontation with officers in Lincoln Heights, authorities said Wednesday.

After the man confronted the officers, at least one officer fired and wounded the suspect, the spokesperson said.

The man was taken to a hospital, where he was listed in stable condition.

No other details, including the description of the suspect, were immediately released.

No officers were injured, according to authorities.

DEVELOPING: This report will be updated as more information becomes available.