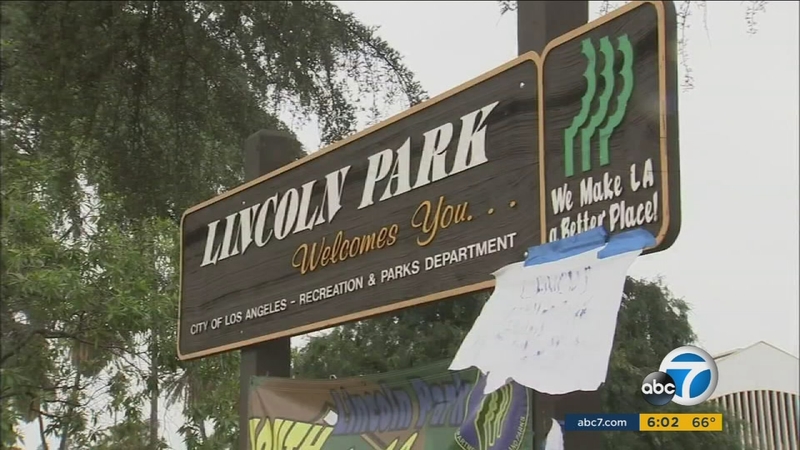 LINCOLN HEIGHTS, LOS ANGELES (KABC) -- A 27-year-old convicted felon was charged Thursday with raping a woman in a Lincoln Heights park only 12 hours after he was released from police custody on a parole violation.

Bail was set at $3 million for Edgar Alexander Lobos and his arraignment for rape and gun-possession charges was rescheduled to May 26. Cameras were not allowed to show his face in the courtroom because of concerns about witness identification.

Officials say Lobos is a known gang member with a criminal history that includes spousal abuse and drug offenses. He has a distinctive facial tattoo that helped with identifying him after the attack.

He is accused of forcing a woman at gunpoint into a restroom at Lincoln Park and raping her around noon Monday. Police say he had been released from custody for a narcotics-related parole violation only 12 hours earlier.

When Lobos was arrested Tuesday, police say he was carrying a loaded handgun that they believe he used during the assault.