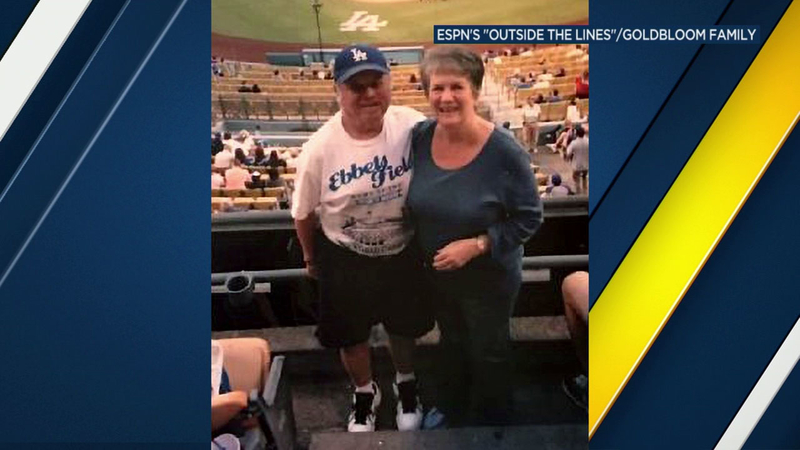 Dodgers fan killed after being struck by foul ball in 2018

Linda Goldbloom was sitting with her husband on the first-base line in the third row. It was the top of the ninth and the San Diego Padres were up to bat.

"The first batter fouled a ball that came and hit her right in the cheek. It was a very hardline drive that came so quick that we didn't have time to react. Nobody did in our area," Erwin said.

A 93-mph foul ball went right over the protective netting and hit Linda in the face.

"The last thing I remember asking her is 'Are you OK?' when the ball first hit her and she said no," he said.

She was rushed to the hospital and never regained consciousness. Erwin is sharing his heartbreaking story in an effort to make stadiums safer.

Last year, the Dodgers, along with the rest of the league, did extend the safety netting horizontally, but not vertically.

"If they would have raised the vertical net, I think the ball would not have hit us," he said.

Erwin said he doesn't hold the player or even the Dodgers responsible for his wife's death. As lifelong fans, he and his wife knew the risk of sitting along the baseline. But he does want people to be aware of the dangers at a ball game.

"They should make more of an effort - Major League Baseball, not only the Dodgers - the past is the past, we can't change that. We hope that MLB will make steps to make it a little safer that's all for other people," he said.

Linda's death was the third in Major League Baseball history and the second at Dodger Stadium.