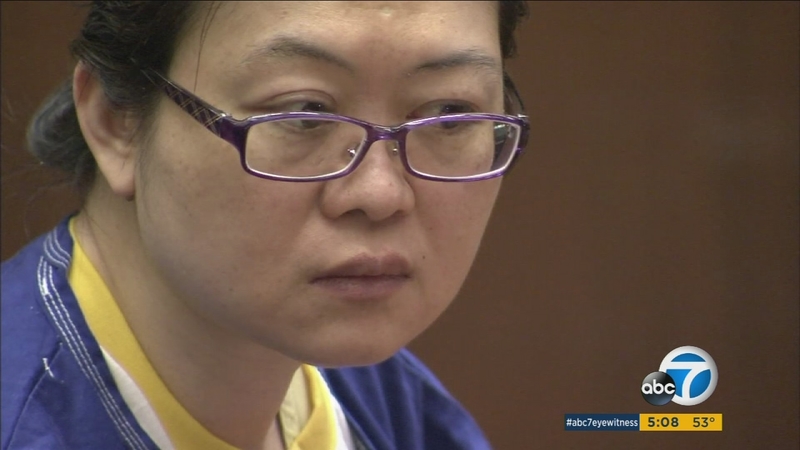 Families of patients allegedly killed by Lisa Tseng give statements

LOS ANGELES, Calif. (KABC) -- Emotions ran high on Monday as the families of three patients whose deaths were blamed on a Rowland Heights doctor, confronted her in court.

Lisa Tseng was convicted of prescribing massive amounts of drugs to the three men, which led to their deaths.

It has been as many as eight years since they died from lethal levels of prescription meds. The photos of the victims may be faded, but for their families, the memories are all too fresh.

Loved ones of the victims, including Vu Nguyen's sister, Samantha Nguyen, want the prescribing doctor, to know it and to feel it.

"I would like Lisa Tseng to know how deeply Joey's death has affected all who loved him," said April Rovero, the mother of Joseph Rovero III, one of the victims.

Melissa Mata, the mother of Nicholas Mata, recalled her son's body before he was cremated.

"And we wanted so badly for him to wake up so we could take him away," she said.

The Rowland Heights doctor was convicted on three counts of second-degree murder in the deaths of Vu Nguyen, Steven Ogle and Joseph Rovero.

The DA said Tseng should have known to back off her prescribing when four earlier patients overdosed.

Family members said they were unaware of their adult children's addictions. Now they struggle with guilt.

"Suicide thoughts I've had them because as a father, I feel I have let them down," said one parent.

As for Tseng, her attorney, Tracy Green, spoke for the doctor and expressed her compassion.

"Please know that your words are very important," she stated. "I have heard you."

What families hope is that from this case, others won't fall prey to other overprescribing doctors, and that Tseng's sentence will send a message.