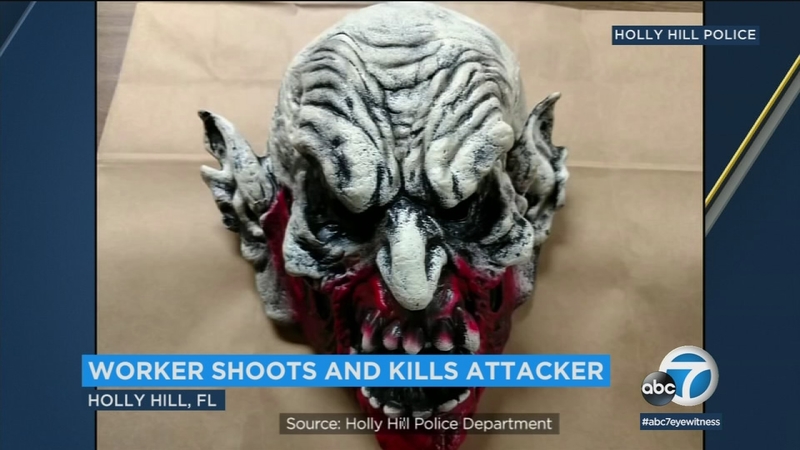 HOLLY HILL, Fla. (KABC) -- A man in a monster mask attacked a Little Caesar's employee in Florida, but his intended target pulled out a gun and killed the assailant, police said.

The incident happened Saturday night in Holly Hill, near Daytona Beach, and part of it was captured by surveillance cameras.

The video shows the man in the mask walking around the parking lot carrying a large stick in his hand. Moments later, the pizza shop employee is closing up for the night and walks out the door.

The employee is blindsided, struck by the wooden stick in the face and shoulders, and then attacked with scissors.

That's when police say the Little Caesar's employee pulled out his own gun and shot the man in the mask several times.

Police arrived minutes later and the attacker was brought to a hospital and pronounced dead.

Police have not said yet whether the attacker and restaurant employee knew each other or what led to the incident.