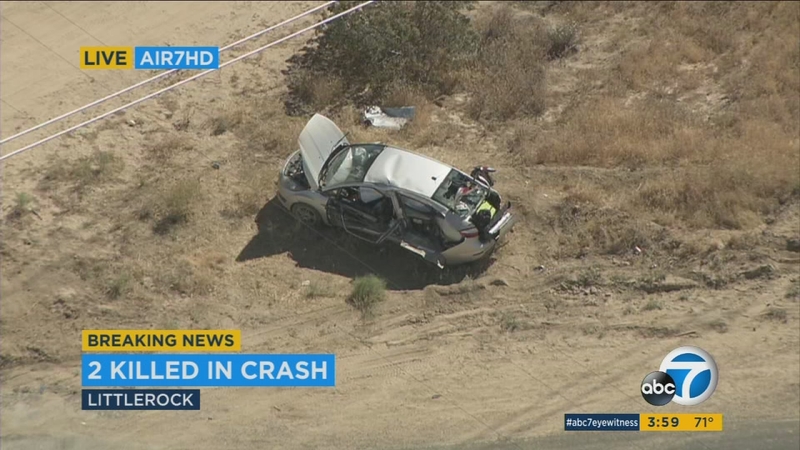 LITTLEROCK, Calif. (KABC) -- Two people were killed and two others were hospitalized in a two-vehicle crash in Littlerock on Monday.

The collision was reported just after 2 p.m. at the intersection of 87th Street East and Fort Tejon Road, according to Los Angeles County fire officials.

A Chevy Silverado 3500 Dually and silver sedan were involved in the deadly crash.

It was not immediately known what led to the collision, but officials said two occupants in the sedan died in the wreck. Two others were transported to area hospitals in unknown condition.