Houses in Los Angeles receive special attention for their appearances in horror films.
KABC
By Sierra Stoltzfus
LOS ANGELES (KABC) -- A select handful of filming locations are getting special attention from fans during this time of year who recognize these houses and buildings from their favorite horror movies. Owner and Founder of Nightmarish Conjurings, Shannon McGrew, is an expert when it comes to tracking these locations.

John Carpenter's 1978 film, "Halloween," starring Jamie Lee Curtis features two popular houses that can be found in Pasadena. Michael Myers' childhood home in the film is officially recognized as a historically significant landmark despite being moved from its original location and repainted to take on a new appearance.

Also in Pasadena is the home of Curtis' "Halloween" character, Laurie Strode. While this is now a residential location, the homeowners are welcoming toward fans who come to see the house. "They actually have pumpkins that you can take and sit on the cement pillar and take that iconic photo that Jamie Lee Curtis took as Laurie Strode," said McGrew.

Little Tokyo is home to a former Japanese union church that is known for its role in "Prince of Darkness." The church is open publicly to visitors looking to explore the site where Donald Pleasence's character makes a disturbing discovery.

In Mid-City, fans of "The People Under the Stairs" will be pleased to find Man and Woman's house in the same condition as it appears in the film.

"It just looks sinister," notes McGrew, "Even on like a beautiful sunny day, it's one of those houses that you walk by and you kinda get like a chill."

Another house that McGrew finds unnerving is the Rosenheim Mansion in Country Club Park. She warns fans: "Every time I go by it, every time I see, I don't know, there's something very unsettling about that house." Those who watched season one of "American Horror Story" will recognize the mansion as the Murder House.
Among other filming locations in Hollywood, the Thompson House is an iconic landmark many recognize from "Nightmare on Elm Street." The red door it currently features was made famous in the sequel films, but the original door of Nancy's house in the first film was blue.

While Halloween festivities may be limited this year, visiting the filming locations of favorite horror films and television shows may be an alternative way for some to celebrate the season.

"You get to go visit these locations of films that are so important to so many people within this genre, and in film in general," said McGrew.

All the filming locations McGrew discusses can be found across Los Angeles county. Teen gets second chance at life after kidney transplant with dad 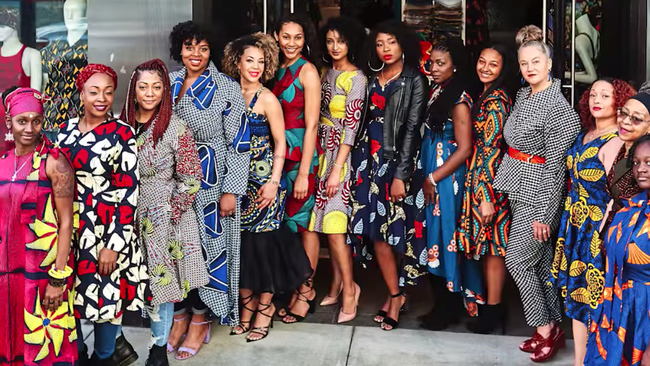 African prints: the story behind the style

Two furloughed workers use their passion to start a new business