A body was found inside a wall at a housing project in Lomita, and some believe the disturbing discovery is linked to a woman's disappearance in 2009.

LOMITA, Calif. (KABC) -- A body was found inside a wall at a housing project in Lomita, and some believe the disturbing discovery is linked to a woman's disappearance in 2009.

The body was discovered on Wednesday in unit 507 at the Harbor Hills Housing Project at the 26800 block of Western Avenue. Investigators said a phone call tip led them to the location, and they used cadaver dogs to locate the remains.

Residents currently living in the unit were cooperative and were relocated temporarily.

Sheriff's homicide detectives were investigating the incident and have not identified the body. A cause of death was not immediately known.

Detectives remain tight-lipped about the case, but family members of a local missing woman believe the case is related to their loved one - Raven Campbell. 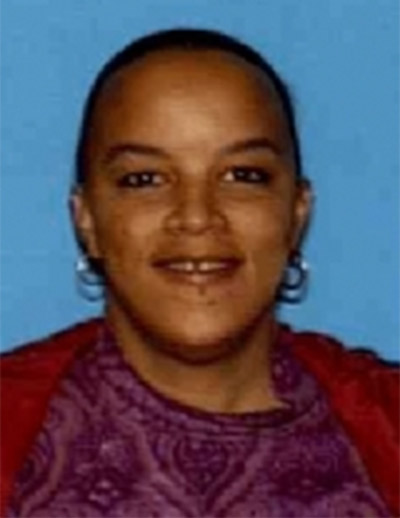 Raven Campbell, who has been missing since 2009, is shown in an undated file photo.

Campbell went missing in 2009. The case went cold until two weeks ago, when Campbell's sister received a disturbing phone call. The caller hinted that Campbell could be buried behind the wall in the downstairs closet.

Family members say they strongly believe it was Campbell's body that was found on Thursday and hope the person responsible is found. 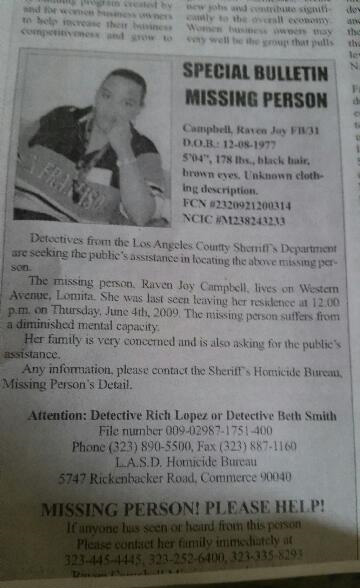 Raven Campbell, who has been missing since 2009, is shown in a missing person report.

Campbell's family said the roommate who lived with her in that unit was a high school friend who moved out in 2010.

Family members also said Campbell, who they said had a diminished mental capacity, has a 13-year-old son who never got closure after his mother disappeared.

If you have any information about this case, you're urged to contact the Los Angeles County Sheriff's Department's Homicide Bureau at (323) 890-5500. You can provide anonymous tips by contacting Crime Stoppers at (800) 222-TIPS.