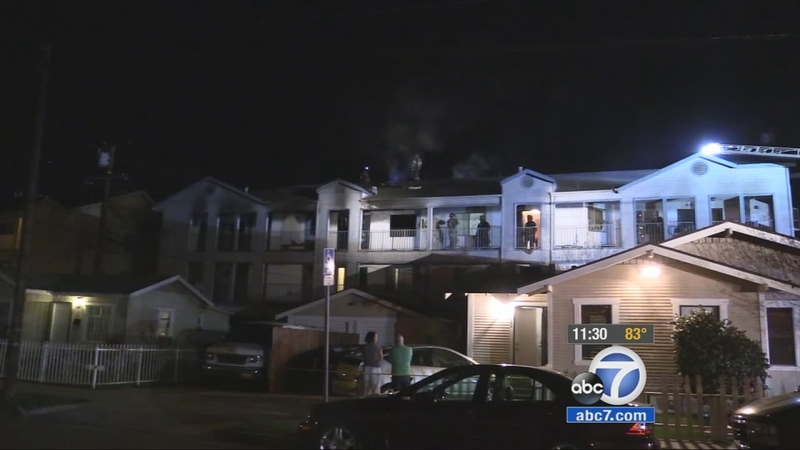 LONG BEACH, Calif. (KABC) -- A 47-year-old mother and her 4-year-old daughter are in critical condition after their Long Beach apartment caught fire.

The blaze ignited shortly after midnight Thursday inside a third floor unit of an apartment complex in the 1000 block of Stanley Avenue.

When firefighters arrived on scene and made their way into the unit, they found the mother and daughter in a bedroom unconscious.

They were both rushed to a local hospital in critical condition. The girl was transferred to a Torrance hospital later in the morning for treatment at a burn unit.

All of the residents in the nine-unit complex were evacuated. Residents say no alarm was going off at the time of the blaze.

The apartment manager insists there are alarms in the building, and they're tested regularly.

"I'm sure the fire department is investigating, but I just went in one of the units, the one right next door, put my finger on it, tested it, and it worked," said Kyle Kazan, the property manager.

The flames were knocked down by around 12:20 a.m. Most of the residents were allowed back into their apartments by dawn.

Some admit they are uneasy and say the fire has shaken there sense of security, leaving them wondering about their safety.

Fire officials said there are smoke detectors in the building, but it's unknown if they were actually functioning.