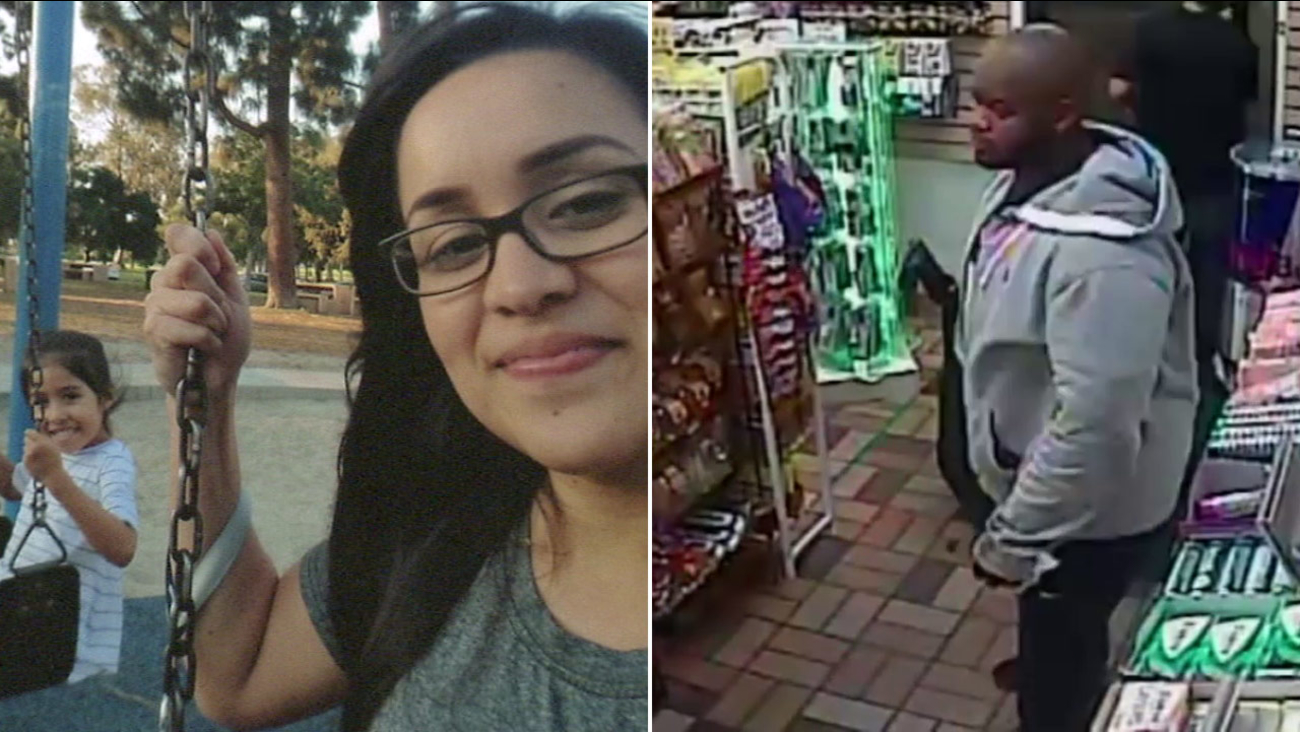 Long Beach police announced a suspect (right) was being sought in the Aug. 6 murders of 26-year-old Carina Mancera and 4-year-old Jennabel Anaya.

LONG BEACH, Calif. (KABC) -- A man previously wanted as a person of interest in the murders of a Long Beach mother and her daughter has been named a suspect, the Long Beach Police Department announced on Wednesday.

Carina Mancera, 26, and her 4-year-old daughter Jennabel Anaya were walking home in August with Jennabel's father Luis Anaya, when a gunman approached them at 9th Street and Locust Avenue and opened fire.


Detectives released video of a person of interest in the case back in September.


Authorities announced on Wednesday that the man was named the suspect in the shooting.

Investigators said the suspect was carrying a suitcase and boarded the Blue Line at 5th Street and Long Beach Boulevard, just five blocks from the crime scene, shortly after the shooting.

Long Beach police announced a suspect was being sought in the Aug. 6 murders of 26-year-old Carina Mancera and 4-year-old Jennabel Anaya.

Passengers on the Blue Line told police the man talked about leaving California.

The motive behind the shooting remained a mystery to investigators.

A $40,000 reward has been offered for information leading to the arrest and conviction of the gunman.