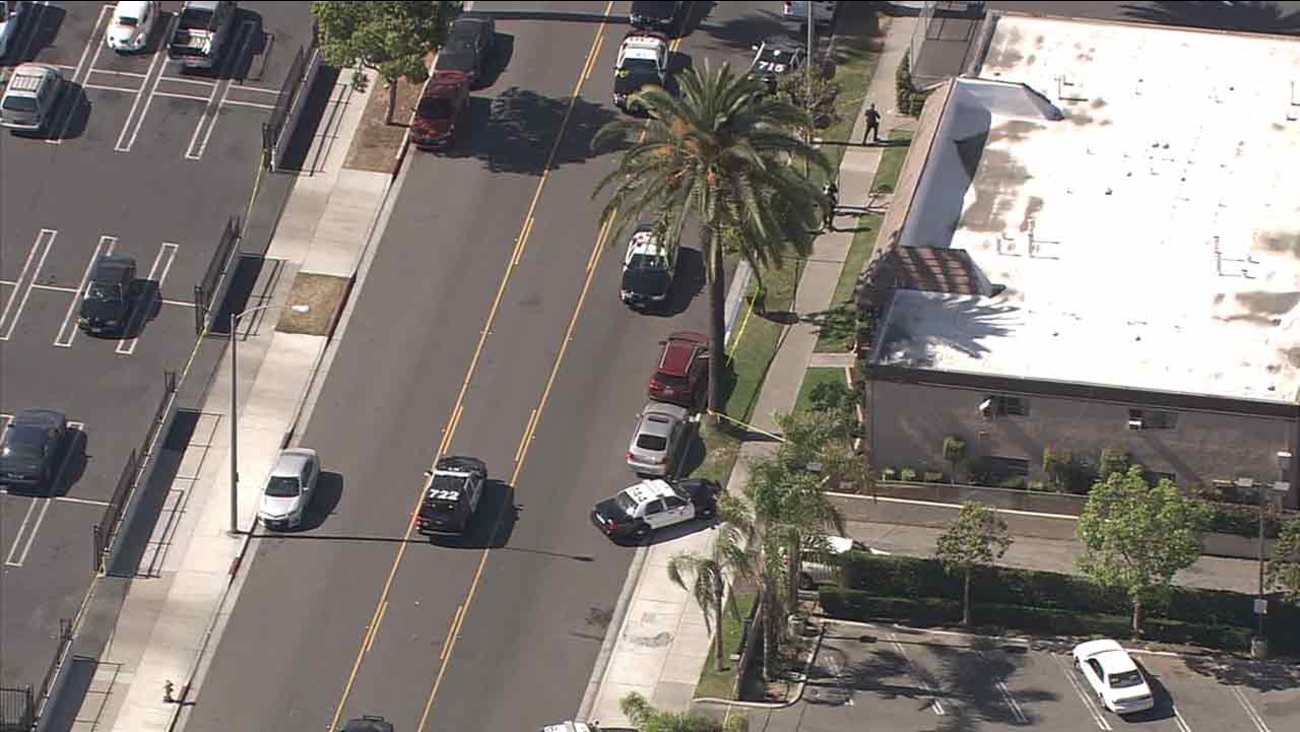 LONG BEACH, Calif. (KABC) -- A 32-year-old man was booked for murder after a 68-year-old woman was found stabbed to death at a Long Beach residence, police said Sunday.