Elise Bryant's book "Happily Ever Afters" is nominated for an NAACP Image Award in the outstanding literary work category.
KABC
By Jaysha Patel 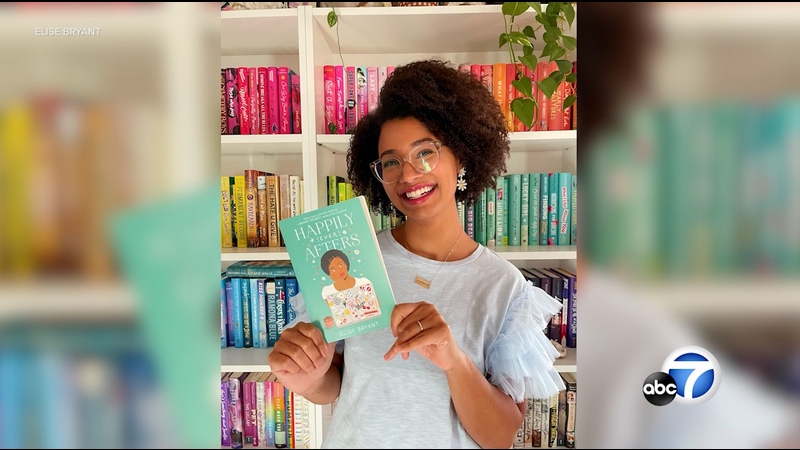 "Growing up, I loved happy, funny, love stories, but it was so hard to find books like that with girls that look like me at the center of them. So often, Black girls are the sidekicks instead of getting to be the stars of the story," Bryant said.

Bryant says she used to be a special education teacher but became a full time writer in 2019, living out her dream. She has two books published with Harper Collins: The first one is called "Happily Ever Afters." The companion novel, "One True Loves," came out on Jan. 4.

"My mom's book is as at Target, and I feel happy that my mom is a writer," said Coretta Byrant, Elise Bryant's daughter.

"My first book 'Happily Ever Afters' follows a girl named Tessa. She's never really seen herself reflected in the pages of romance novels. She loves to read, so she writes the stories herself, but then she gets hit with a major case of writer's block, and so she decides to make her own life into a romance novel in order to refill the well," Bryant said.

Bryant was recently nominated for an NAACP Image Award for her book.

"I want to be a writer when I grow up, so it's really cool to see that," said Tallulah Bryant, Elise Bryant's daughter.

Bryant says she has two more books coming in the future.

"I want all of my readers, but especially my Black girl readers to feel seen in my books. I want them to feel safe when they're reading them and know that they're always going to get a happily ever after at the end of the book," Elise Bryant said.