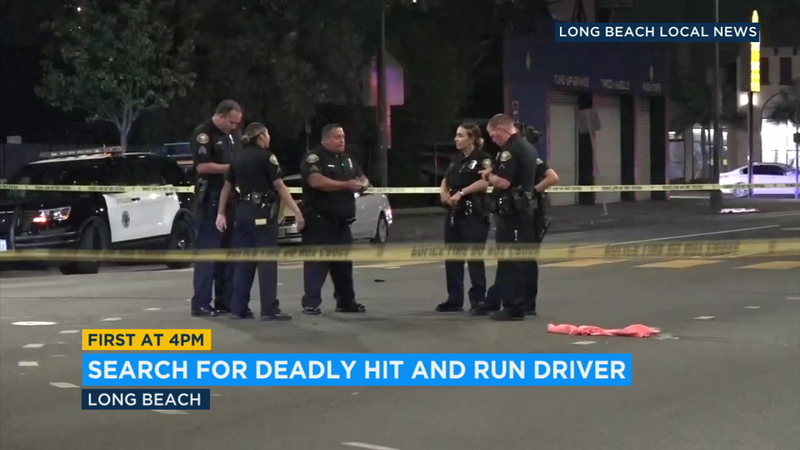 LONG BEACH, Calif. (KABC) -- A man was killed in Long Beach by a hit-and-run driver, and police believe the act may have been intentional.

The incident happened near the intersection of Pacific Avenue and West 14th Street about 9:40 p.m. Friday, according to Long Beach police.

The injured pedestrian was transported by Long Beach Fire Department personnel to a nearby hospital, where he was later pronounced dead.

The victim was struck as he was crossing the street, and the driver of the vehicle fled the scene, police said. A description of the suspect or his vehicle was not released.

Investigators said due to suspicious circumstances, the crash is being investigated as an intentional act, although a motive remains unknown.

Witnesses said it appeared the driver was under the influence of drugs or alcohol.