The hotel cook accused of threatening to shoot up the Long Beach Marriott was charged with four felony counts.

LONG BEACH, Calif. (KABC) -- A hotel cook accused of threatening to shoot up the Long Beach Marriott made his first court appearance Thursday.

Rodolfo Montoya was charged with four felony counts including two counts of criminal threats, according to the Los Angeles County district attorney. He pleaded not guilty.

Police arrested him Wednesday, after they say he revealed to his co-worker that he had gathered several guns, ammunition and tactical gear and was planning an assault.

Police believe he is the sole person responsible for this threat and praised the co-worker for alerting authorities.

Montoya faces a possible maximum sentence of more than five years in state prison if convicted as charged. He is due back in court Sept. 30. 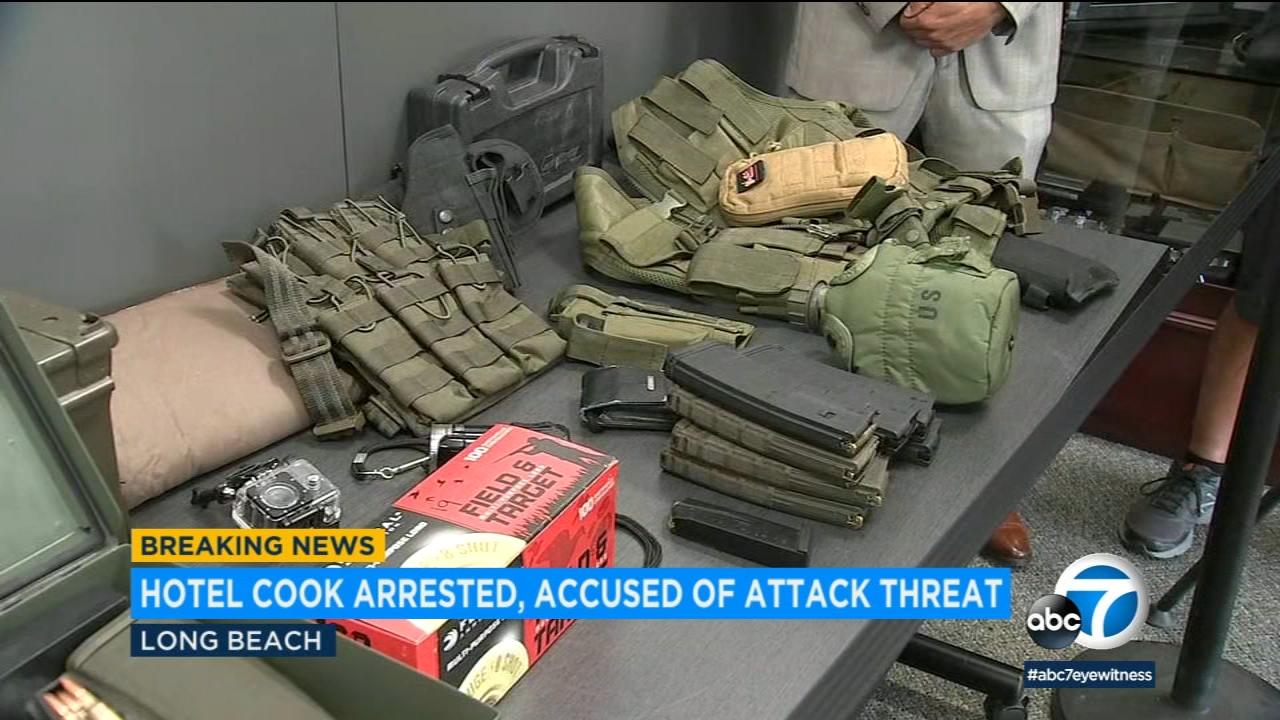