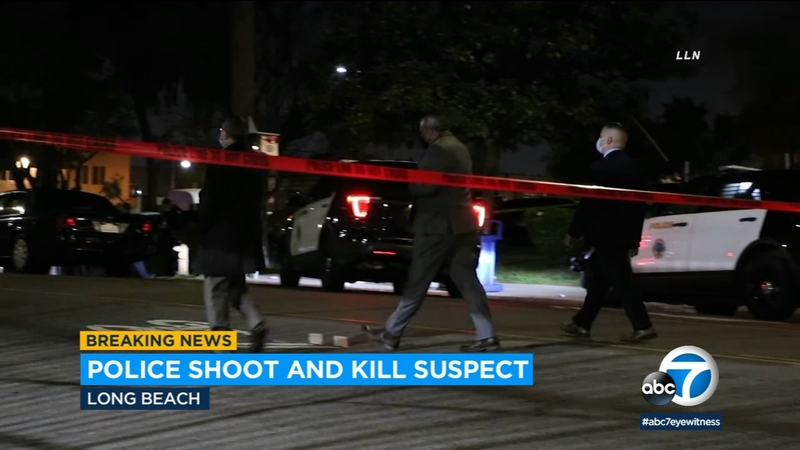 The shooting happened around 9:30 p.m. near 15th Street and Magnolia Avenue, about a mile from the LBPD headquarters, said department spokeswoman Arantxa Chavarria.


Police say the man was pointing a gun at passing vehicles. When officers arrived, the suspect allegedly refused to drop the gun and a shooting occurred.

The man was pronounced dead at the scene, Chavarria said.

A gun was recovered at the scene, according to authorities.


The five officers involved were not injured in the shooting.

An investigation is underway, and police are reviewing the officers' body camera footage.