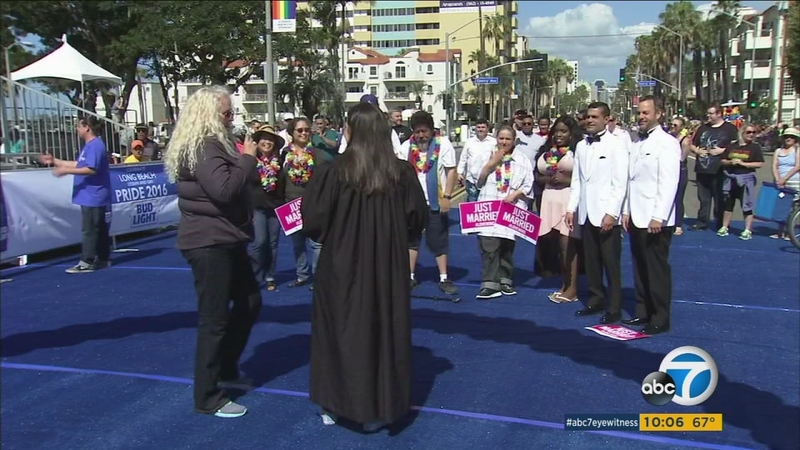 Tens of thousands of spectators were expected to line the downtown streets of Long Beach for the 33rd annual event.

The parade is the culmination of a weekend of events, including a two-day festival at Rainbow Lagoon Park.

Sunday morning, thousands of festival-goers turned out for the weekend of celebration with rainbow flags and colorful outfits. Many were there to show support for their friends and family.

This year, the event was also holding a "love wins" mass LGBT wedding ceremony at 9:30 a.m. at Ocean Boulevard between Cherry and Junipero avenues.

All were treated to live musical acts that will culminate with a performance by the band Neon Trees later in the evening.
This year's theme is solidarity.