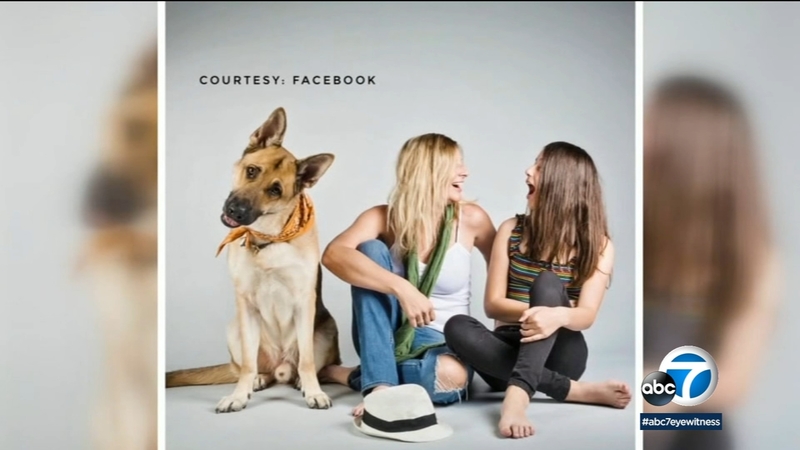 LONG BEACH, Calif. (KABC) -- Police have identified the woman killed by a stolen van being chased by officers as 41-year-old Jessica Bingaman of Long Beach.

Bingaman, a single mom with a 10-year-old daughter, was a popular dog walker. At the time of the crash, she had six dogs inside her SUV, including Bingaman's dog, Scout. Five of the dogs were killed.

"She was great with them," Lee told Eyewitness News. "She treated them like they were her own. We never worried when she took them if they were going to be OK."

The crash ended a short pursuit by Long Beach police. Officers were chasing a stolen van driven by parolee and known gang member Javier Olivarez. He was arrested at the scene.

"I'll miss her," said Denise Thomson who lived next door to Bingaman. She described Bingaman as a high-energy mom who was dedicated to her daughter and her canine clients.

"She loved her daughter with all her heart, and she loved the dogs that she took care of," said Thomson.

The crash happened at Third and Temple. Residents of that Long Beach neighborhood are questioning the decision by officers to take part in a high-speed chase through their community.

"I'm just so pissed off because I knew her, she's a dog walker," said Tammie Lusko of Long Beach. "Just a wonderful woman, and its just ridiculous that the police were chasing a stolen car at 60 mph. Why?"

Loved ones held a vigil for Bingaman Wednesday night. Bingaman's mother flew in from the East Coast and said her daughter always loved animals from a young age. She didn't know how deeply the Long Beach community loved her daughter.

A GoFundMe page was created for Bingaman's daughter and to help move Bingaman's body to the East Coast, where she is from. To donate, visit gofundme.com/f/thepawtenders-memorial-fund.