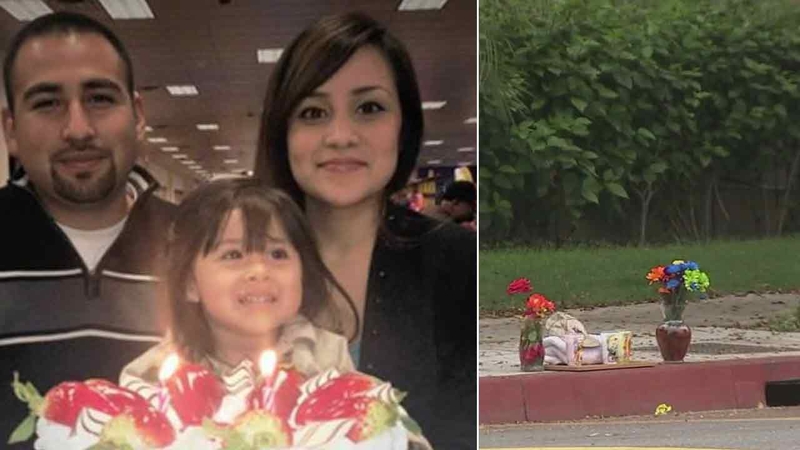 LONG BEACH, Calif. (KABC) -- A 4-year-old girl and mother who were shot and killed near their home in Long Beach were identified Sunday.

Officers responded to the shooting Saturday shortly before 9:30 p.m. at 9th Street and Locust Avenue and found the mother, 26-year-old Carina Mancera, and the child shot.

According to a family member, the family, along with Mancera's husband Louis Anaya, had just returned from the grocery store and street parked.

Mancera grabbed some bags and walked toward their home with the 4-year-old. Louis Anaya stayed behind to get the heavier groceries and lock up the car. That is when he heard gunshots, ran toward his wife and daughter and saw them both on the ground, according to family members.

Mancera was pronounced dead at the scene, and the child was transported to the hospital, where she died. The father was not injured.

"She was always happy," Louis Anaya said holding back his emotions. "My little girl was always smiling no matter where we went."

One witness, who did not want to be identified for safety reasons, said he saw the suspected shooter in a white four-door Honda Civic jump out of the back seat of the car and approach the family. After shots were fired, the witness said the suspect jumped back in the car and fled.

"We thought it was going to make a turn onto Locust, here, but it stopped and a man jumped out of the back seat and ran over to - it looked like a woman and a small child who were standing there," the witness said.

One witness told ABC7 he heard four shots and ran outside to discover the tragic scene.

"I heard four shots and came outside to see what was going on and then I saw the lady laying on the floor and the baby was face up. The mother was non-responsive and they were trying to keep the baby awake," neighbor Robert Navarro recalled.

A GoFundMe account was set up by the victims' family to help with funeral expenses.

Investigators were trying to determine if the shooting was targeted or a random act.

Detectives said they had surveillance video from a nearby camera, but did not confirm if it captured images of the suspect or vehicle.