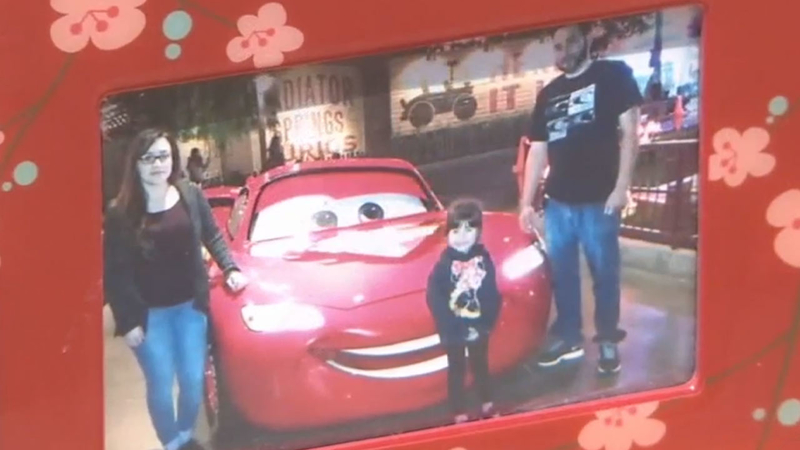 LONG BEACH, Calif. (KABC) -- Family and friends gathered for an emotional vigil in memory of a Long Beach mother and her 4-year-old daughter, who were gunned down outside of their home.

"It's just senseless that they would be shot like that, just makes no sense at all," said Becky Abernathy, one of the 4-year-old's teachers.

Through tears and heartache, loved ones remembered little Jennabel Anaya and her mother, 26-year-old Carina Mancera, whose lives were cut short in a senseless attack.

"How do you explain to a 4-year-old that they're not going to see their friend again? That she got taken away from her?" said Diana Lopez, a family friend.

Dozens turned out for the candlelight vigil Sunday night. Luis Anaya's family stood by his side as he struggles to comprehend the devastating loss of his wife and daughter.

"Somebody is just going to come tell me it's not true, its not true," Anaya said.

The mother and daughter were shot and killed in front of Anaya as the family was returning home from the grocery store.

The attack happened Saturday around 10:20 p.m. at 9th Street and Locust Avenue in Long Beach.

Witnesses said the suspect was armed with a shotgun when he opened fire on the pair.

"It's a mother and daughter gone, gone," said Coretha Sanders, a neighbor, in tears.

The motive for the murders remains a mystery as does the identity of the gunman.

Investigators are now reviewing surveillance video to see if the shooting and the suspect were caught on camera.

Those who gathered for the vigil were overwhelmed by the show of support and outcry for justice for an innocent family ripped apart.

"I like the way they all came together, every color, you know, because she's just a little kid. She didn't even get to enjoy life," said Marsha Bullock, another one of Jennabel's teachers.

The victims' family members and the police are asking for the public's help in catching the suspect.