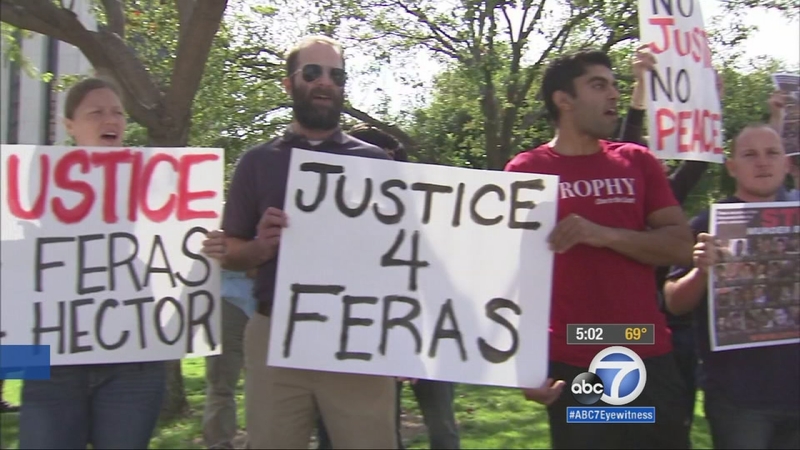 LONG BEACH, Calif. (KABC) -- A rally was held Thursday in Long Beach for Feras Morad, a 20-year-old man who was shot and killed Saturday by a Long Beach police officer.

Demonstrators met at Lincoln Park and protested outside of the police station, demanding answers in Morad's killing including the name of the officer who shot him.

Morad, who ingested hallucinogenic mushrooms at the time, was not listening to police commands and was unarmed.

The Woodland Hills native was a Moorpark College student and debate champion. He was so talented and respected that even the students who debated against him attended the rally from as far as Arizona.

Friends and family said Morad dreamed of one day becoming an attorney who would fight against police brutality.

"This is definitely something he was interested in. He wanted to be a public defender. He wanted to do what was right," friend Kamiran Dadah said. "I think he would be very proud. He would be happy. He would want to see the change happen. He would just want everyone to be united."