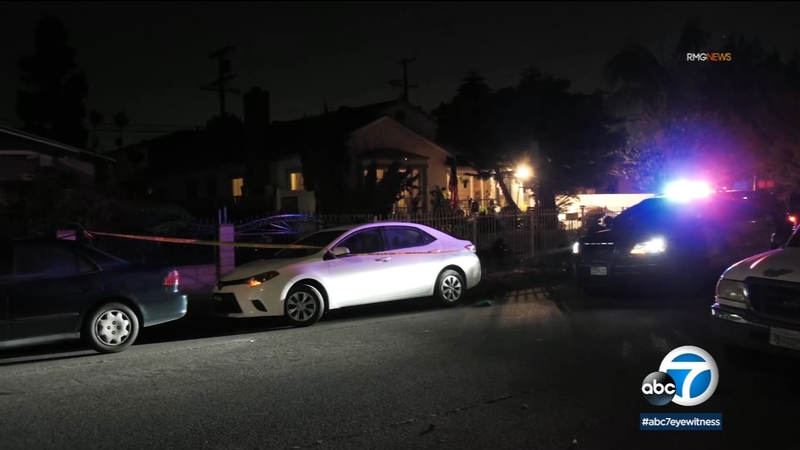 CARSON, Calif. (KABC) -- A suspect in a shooting spree, carjacking and kidnapping in Long Beach fatally shot himself in a church in Carson during a standoff with a police SWAT team, authorities said Friday.

Authorities withheld the name of the 29-year-old Long Beach man, who died at a hospital.

The chain of events started around 7 p.m. Thursday on the 200 block of E. 57th Street when officers responded to reports of multiple shootings, according to the Long Beach Police Department.

Three people in total were shot by the suspect, police said, but none of them sustained life-threatening injuries. The shootings occurred within a 15-minute period.

One of the victims was a bystander who was shot as the suspect carjacked a woman in the 100 block of E. 55th Street. Police say the suspect got in her vehicle while she was still inside.

"The suspect then kidnapped the female adult carjacking victim, forcing her to drive her car with him as passenger away from the area," police said in a statement.

Officers eventually located the carjacked vehicle on the 21600 block of Alameda Street, north of the 405 Freeway, in Carson. After setting up a perimeter around the area, police made contact with the suspect who had barricaded himself inside a church with the carjacking victim and several other adults, "who each had a relationship with the suspect."

The carjacking victim was able to leave the building unharmed.

As SWAT negotiators were trying to get the suspect to surrender, they heard shots inside the building and entered. Officers discovered the suspect with what appeared to be self-inflicted gunshot wounds. The suspect was taken to a hospital but he did not survive.

The remaining adults were found unharmed inside the church.

Police on Friday morning were still trying to determine a motive for all the incidents.