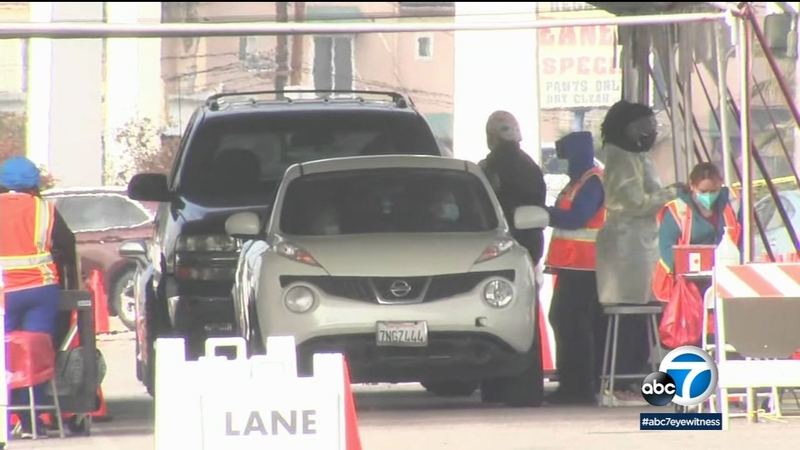 People who live in the city can now get a shot on a walk-up basis at the Long Beach Convention Center.

Long Beach, which has its own health department, made the move after a successful rollout that's seen nearly half of adults in the city get a shot.

L.A. County will see a dip in its supply of doses next week due to what is expected to be a temporary shortfall in availability of the one-dose Johnson & Johnson shots.

Los Angeles County does not plan to expand eligibility to people 16 and older until Thursday, April 15. Other counties are opening up vaccines to younger adults ahead of the state's schedule, including Riverside and San Bernardino counties.

At the same time, California public health officials are warning of a decrease in supply because of the national reduction in the Johnson & Johnson vaccine.