If you're heading to the Los Angeles International Airport, expect some delays.
KABC 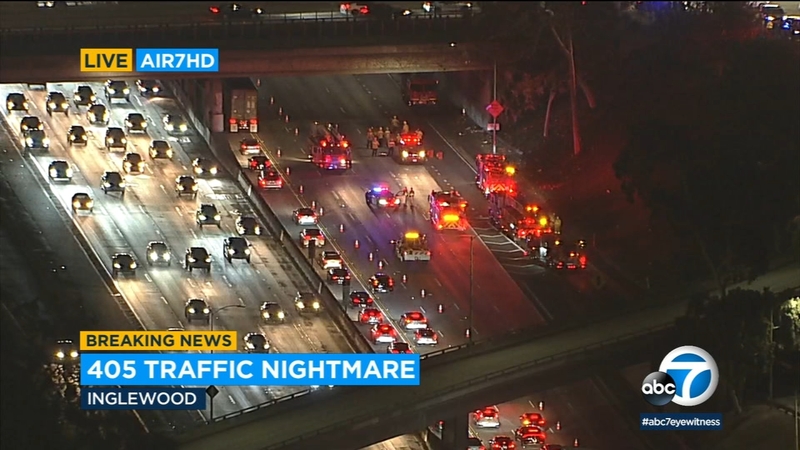 LOS ANGELES (KABC) -- Lanes on the 405 Freeway near Los Angeles International Airport were shut down for several hours Thursday evening due to a man threatening to jump from an overpass.

Just before 11 p.m., first responders appeared to have gotten the man safely down from the overpass. Lanes were then slowly reopening but traffic was still heavily backed up.

A Sigalert was issued just before 7 p.m. on the 405 at Manchester Boulevard in Inglewood, the California Highway Patrol announced.

Two lanes later opened on both the northbound and southbound sides of the freeway.

Drivers in the area were urged to drive with caution or seek an alternate route.